A timeline of Bill Blair's tenure as Toronto's top cop 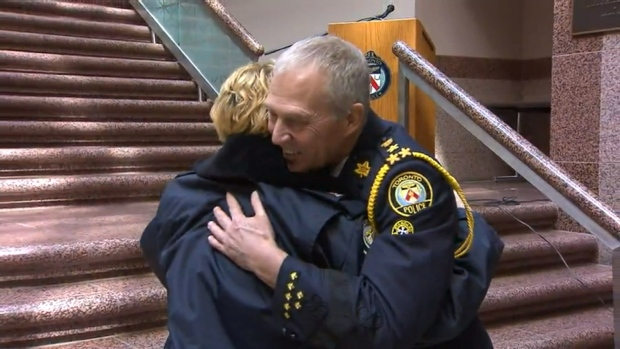 Police Chief Bill Blair will mark his last day as the head of Toronto’s police force on April 25th, 2015. Here is a look at the highlights of his 10-year tenure:

April 26, 2005: Bill Blair is appointed chief of the Toronto Police Service, replacing embattled former chief Julian Fantino. After taking over the role, Blair vows to develop better relations with Toronto’s diverse communities and to have a no tolerance approach to racism and bias on the force. 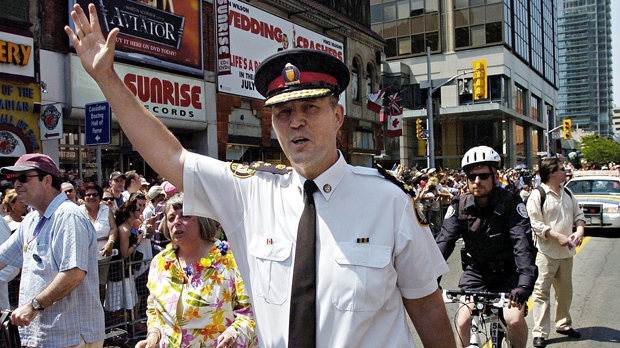 Dec. 26, 2005: In 2005, Toronto suffered through what became known as the Year of the Gun as the city saw a record number of 52 people die of gunshot wounds (out of 80 homicides that year.) Following the shooting death of 15-year-old Jane Creba outside the Eaton Centre on Boxing Day 2005, Blair launches the Toronto Anti-Violence Intervention Strategy (TAVIS), which combines law enforcement with community outreach in at-risk neighbourhoods. TAVIS is lauded as an effective tool for reducing crime.

June 2010: The Toronto Police Service and Blair come under heavy criticism for the department’s handling of the G20 Summit in Toronto. Nearly 1,000 people were arrested during the two-day conference and several protesters said they were the victim of police brutality. 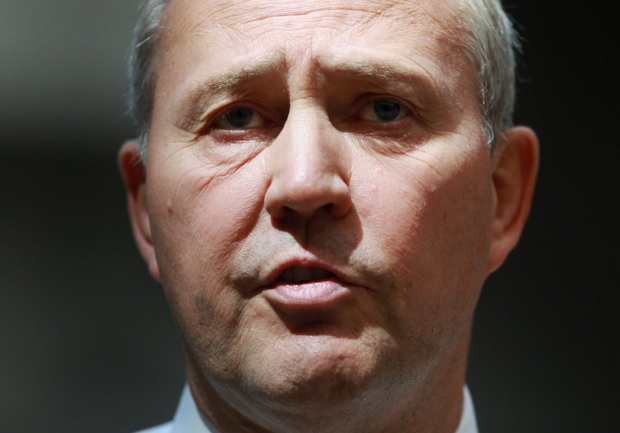 Dec. 7, 2010: Ontario ombudsman Andre Marin releases a report condemning the actions of the police service during the summit. Marin says Blair refused to cooperate with his investigation and declined to have his officers answer any of the ombudsman’s questions. In the weeks and months that follow, many groups call for the police chief’s resignation.

2011: The city records 51 murders in 2011, the lowest total number of murders the city has seen in many years.

July 27, 2013: 17-year-old Sammy Yatim is shot to death by Toronto police officer James Forcillo on an empty streetcar. The incident sparks widespread outrage about police use of force and confrontations involving people who are in distress or suffering from mental illness. 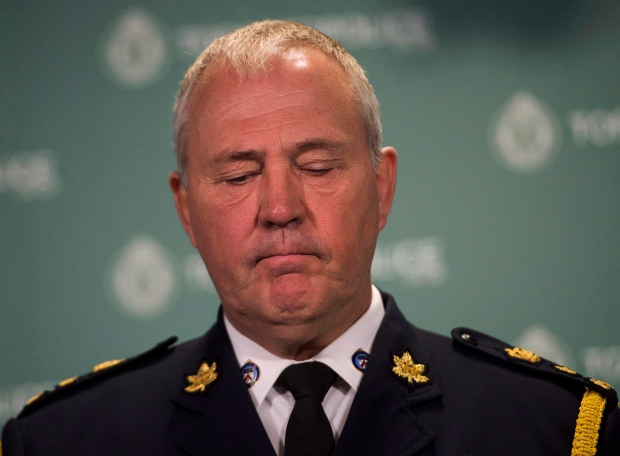 May 2013: Blair begins to investigate Rob Ford after members of the media get wind of a video that appears to show the mayor smoking crack.

Oct. 31, 2013: The feud between the police chief and members of the Ford family comes to a head when Blair holds a press conference, announcing he has seen the infamous crack video and tells reporters that he is “disappointed” by what he viewed.

Nov. 5, 2013: Rob Ford’s brother and Ward 2 councillor Doug Ford calls for the police chief to take a leave of absence because he says Blair’s comments about the video showed bias against the mayor. 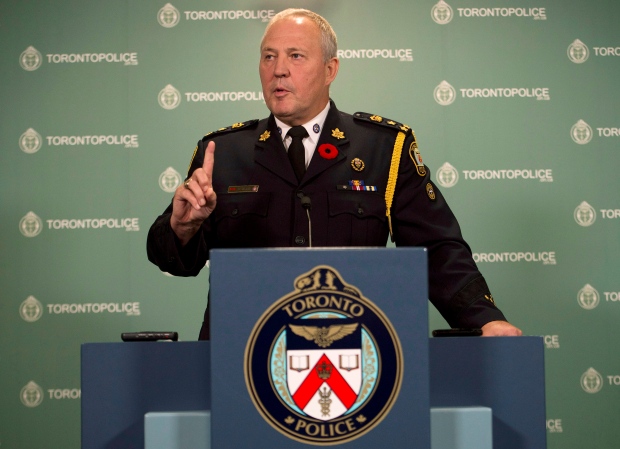 Feb. 26, 2014: Blair says he is “deeply offended” after a video surfaces on YouTube that shows Rob Ford at Steak Queen restaurant in Etobicoke ranting about the police chief. In the video, Ford is heard uttering the word ‘c---sucker.’

Feb. 27, 2014: Tension continues to build between Blair and the Fords and in response to the ongoing police investigation, Rob Ford dares the police chief to take action, saying “arrest me.”

July 30, 2014: The Toronto Police Services Board decides not to renew Blair’s contract.

Aug. 2014: News that Rob Ford would be served a subpoena to testify in the preliminary hearing related to the crack video is leaked to the Toronto Star. Doug Ford accuses the police chief of being responsible for the leak, telling reporters that it was likely “payback” for the board’s decision not to renew Blair’s contract. Blair fires back and serves Doug Ford with a defamation notice. The city councillor later agrees to retract his comments and issues a public apology in exchange for Blair’s assurances that he’ll dropped the lawsuit.

January 6, 2015: Blair responds to community criticism of ‘carding’ by announcing that that the controversial practice has been suspended until it is studied further by a consultant.

March 27, 2015: Blair unveils details of a new carding policy, with a notable directive that says officers would not consider “race, place of origin, age, colour, ethnic origin, gender identity or gender expression” when deciding whether to engage a member of the public “unless one or more of these factors form part of a suspect, victim or witness description.” Blair says procedures outlined in the new policy serve as “actual order from the chief.”

April 16, 2015: The new ‘carding’ policy is approved by the board at Blair’s last meeting as Toronto’s police chief.