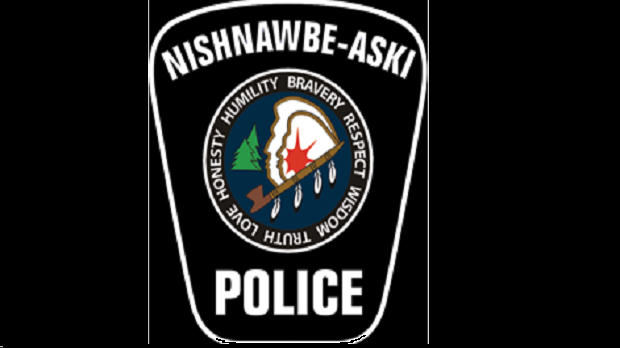 Just this past week, a coroner’s inquest was held into the February 2013 in-custody suicide of 23-year old Lena Anderson on Kasabonika Lake First Nation. The young mother had been taken into custody by the Nishnawbe Aski Police Service (NAPS) and held in the passenger compartment of a police truck. She took her own life during a 16 minute period that she had been left alone. During that hearing, NAPS police board chair Mike Metatawabin said the police service should cease to exist if Ontario does not pass appropriate legislation regarding basic safety standards for First Nations police services.

This is not a damnation of the good men and women who serve in First Nations policing in NAPS or elsewhere. But it is an example of the continuing plight to provide a proper legislative framework to support and enable their work and to supply adequate funding for them to have a proper infrastructure, including facilities and equipment.

NAPS barely averted a labour strike in recent months because of several issues, including staffing and telecommunication deficiencies. Many of Ontario’s other First Nations police services face similar shortfalls. As a result, recruiting and retention issues loom large, creating tremendous challenges to attracting First Nations applicants from such communities, which are often isolated and offer little to no residential housing. The lure of the higher wages offered by police services in larger centres that better meet staffing, infrastructure, training and equipment standards and personal needs, understandably limit the recruiting pool for First Nations police services. Retaining officers is just as challenging, as those that do join are often just looking to get a foot in the policing door so they can slingshot to provincial or municipal services or the RCMP at the first opportunity.

ALL Canadian communities deserve the same level of adequate and effective policing. The officers that risk their lives to provide community safety also deserve comparable wages; benefits; back-up; training; equipment; vehicles; and facilities. There should never be “have” and “have not” communities when it comes to policing.

Imagine if a single municipality (or even a borough within any major city), was predominantly comprised of a particular ethnic group and was provided with a sub-standard level of policing compared to surrounding jurisdictions. Picture officers there often working alone, covering vast expanses of geography with little or no back up or specialist support, poor radio communications, a crumbling police station and no prisoner cells. It would understandably be a “racial inequality” news story of epic proportions. But this continues to be the norm for many First Nations police services in Ontario and other provinces.

Comparatively, when gang activity reached a fever pitch in 2012, Toronto authorities met with Premier McGuinty seeking additional funding to deal with the related issues. Millions of provincial tax dollars were then funneled from already shallow coffers to the city of Toronto, which has its own government, a huge and effective police service, plenty of social service agencies, and a significant tax base. Most First Nations communities continuously struggle with similar drug and gang issues (on a per-capita basis) and above-average levels of some violent criminal offences, but have very limited social services and poorly funded/resourced police services. Yet they struggle to address their workload spikes year after year without an additional influx of provincial cash. How is that right?

Having First Nations communities policed by the OPP is not the answer either.  The OPP is a wonderful police service but would be able to station very few officers right in the communities.  Those that did make homes there would be entitled to be transferred out again within a couple of years.  Most would simply respond to calls for service by flying in from larger centres, then fly back out again.  As well, their association (union) would never allow OPP officers to work regularly in the poor conditions that First Nations police officers operate in.

These communities warrant adequate and effective policing by indigenous officers (for the most part) that want to live in and be a part of the community, as well as understand the culture and the issues. After all, that’s what regularly happens in non-indigenous communities. Officers don’t just police the communities, they police with the communities. They coach, mentor and volunteer in many capacities therein, in addition to being police officers.

Somehow, someway, Ontario (and the other provinces) and Canada need to stop talking about this national disgrace and actually take action to address legislative and funding shortfalls before more tragedy occurs. The communities, their residents and their police officers deserve it.