Advocates call on Canadians to examine treatment of Asian Canadians 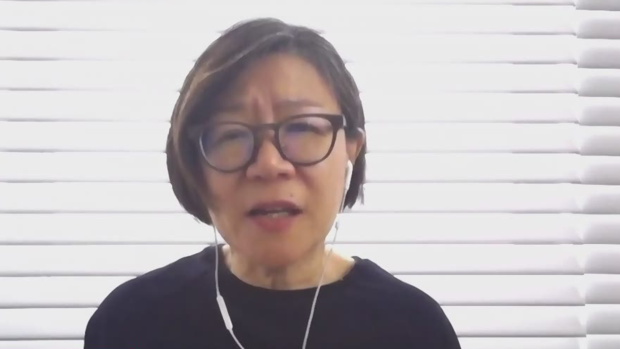 Amy Go, president of the Chinese Canadian National Council for Social Justice, is seen in this photo.

Amy Go says she was saddened by the shootings in Atlanta that left six Asian American women dead, but as an Asian Canadian women, she wasn't surprised.

Go, the president of the Chinese Canadian National Council for Social Justice, said many Asian Canadian women have experienced hatred or violence in their daily life.

"There's so much pain and grief," she said about her initial reaction to the attack. "At the same time, as Asian Canadian women, none of us were surprised. There was no sense of shock. It was as if we knew this was coming ... it just happened to be in Atlanta."

The killings in Atlanta follow a wave of recent attacks against Asian Americans and Canadians since the novel coronavirus first arrived in North America.

In Atlanta, the 21-year-old suspect has denied his attack was racially motivated and claimed to have a "sex addiction," with authorities saying he apparently saw massage parlours as sources of temptation.

The national council has tracked 931 anti-Asian racist incidents during COVID-19, and Go said the numbers should highlight myths about how Canadians view themselves.

"This myth about Canada that we are multicultural, more kind, we're gentler than Americans, to me that's just a myth. As racialized Canadians, particularly racialized women, we know that the reality is quite different," she said.

Federal Trade Minister Mary Ng, who was born in Hong Kong before moving to Canada when she was seven, said she's been the victim of discrimination.

"Every time I speak out about the need for us to keep working together as Canadians to prevent more intolerance and incidents of anti-Asian hate or discrimination, I will get a whole lot of other responses that are not becoming of Canadians," she said in an interview.

She said the news of Tuesday's attack left her feeling "horrified" and she emphasized the need for Canadians to offer support to the Asian Canadian community.

"I think the request is that Asian Canadians need all Canadians to stand alongside us, to speak out and to be vocal and to stand against anti-Asian racism and to certainly stand up for us in this fight," Ng said.

Police in major cities across Canada have recorded increases in hate crimes in the past year, although not all could identify the specific targets of the alleged crimes.

Vancouver police reported a 717 per cent increase in anti-Asian hate crimes between 2019 and 2020, with the incidents peaking in May. Incidents in Vancouver have ranged from assaults to racist graffiti targeting businesses.

Sgt. Steve Addison, a Vancouver police spokesman, said in an email that police do not have the ability to recommend hate crimes charges under the Criminal Code. It is a sentencing provision that is applied by the courts if a person is convicted of a Criminal Code offence, Addison said.

Toronto police said it has seen an increase in the number of hate-motivated occurrences, comparing 2019 with 2020 -- including incidents against Asian people -- but could not provide data.

Ottawa police reported an increase of 56.9 per cent in the number of hate crime reports between 2019 and 2020, and noted Asian Canadians have seen the largest increase in hate incidents directed toward them.

Henry Yu, an associate professor in the University of British Columbia's history department, said Asians have historically been blamed for a range of societal problems in Canada.

Yu cited the recent examples of people listing Chinese investment in Vancouver's real estate market as a reason they cannot afford homes or the racist stereotype of Asians as poor drivers as ways Canadians blame others.

"I'm not a sex worker, I'm not female, but it doesn't matter. The idea that Asians are blamed and scapegoated for societal problems that have nothing to do with us, that is what makes you feel insecure," he said.

Discrimination against Asians can be traced back to when Canada became a formal country in 1867, he said, pointing to examples like the head tax specifically targeting people of Asian origin.

"(Discriminatory legislation) went hand in hand with the founding of the country," he said.