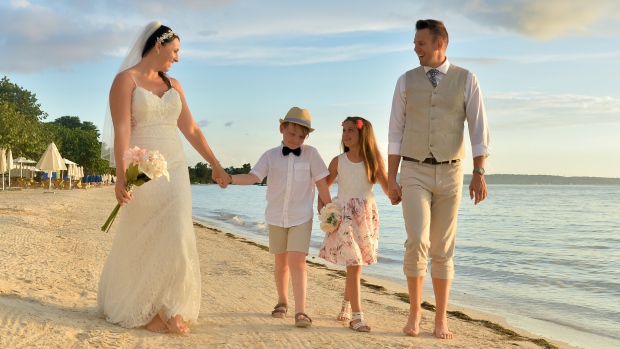 Barbados will officially recognize people with mixed vaccine doses as fully vaccinated after an Ontario couple's story about cancelling their honeymoon trip to the island country got international attention.

Eric Seed spoke out on Thursday that he and his wife cancelled their long-awaited honeymoon trip to Barbados after the country announced on June 25 that it does not consider people with mixed vaccine regimens fully vaccinated.

Hours after speaking out, the Government of Barbados announced it would allow for travellers with mixed doses to be categorized as fully vaccinated starting today.

“I think the change in stance is wonderful news, and I do hope other countries will follow in their footsteps and use science and rational thinking,” Seed told CTV News Toronto on Friday.

“Unfortunately, it's a bit late for us as we have now booked with the Dominican, but we do look forward to visiting Barbados in the future.”

Seed said he and his wife postponed their honeymoon in the winter of 2019 due to the COVID-19 pandemic, and that they waited until they were fully vaccinated to start booking the trip.

Two days after booking their flights to Barbados on June 23, he said, the country changed its rules and announced it would not recognize the mixed vaccine regimens. He said Air Canada allowed them to cancel the trip and rebook for Dominican Republic.

On its website, the Barbados Ministry of Tourism previously stated the country does not recognize people as fully vaccinated if they did not get the same vaccine for both doses, saying their rules were in accordance with “WHO standard.”

People not considered fully vaccinated could still visit the country, but would face stringent restrictions, including a quarantine period of up to eight days instead of one or two.

The government announced its new rule change to accept mixed regimens on Thursday night, saying “travellers who have mixed vaccine regimens of … approved vaccines will be considered fully vaccinated, for example, first dose of one brand followed by second dose of another which is not a one-dose regimen.”

The World Health Organization (WHO) Chief Scientist Dr. Soumya Swaminathan said in an online briefing on Monday that she advised against people mixing and matching COVID-19 vaccines from different manufacturers.

In a tweet following her statement during the briefing, Swaminathan said "individuals should not decide for themselves" to mix vaccine doses, but that "public health agencies can, based on available data."

The National Advisory Committee on Immunization, the body that advises Canadian health officials on vaccines, says it’s safe to mix vaccines, and public heath units across the country have been urging residents to do so.

On Wednesday, Prime Minister Justin Trudeau said he’s working with other countries to make sure rules for fully vaccinated Canadian travellers are consistent.

“We’re going to continue to work with the international community to make sure that people who are fully vaccinated in ways that Canadians recognizes as safe and effective are also recognized around the world,” he said.