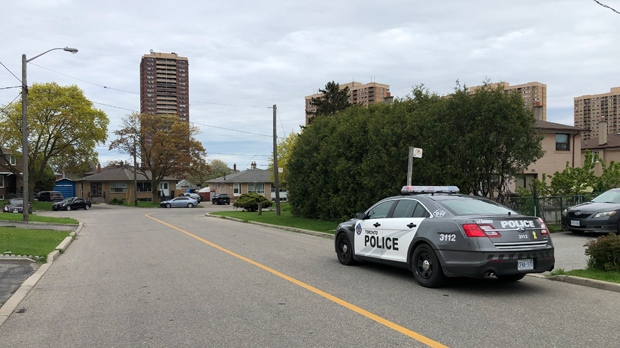 A police cruiser is seen on Neames Crescent after a boy was stabbed on May 18, 2019. (Peter Muscat)

Police say a 10-year-old boy was stabbed outside his home in the Jane and Chalkfarm area on Saturday evening.

Const. David Hopkinson said officers were called to Neames Crescent, east of Jane Street and Chalkfarm Drive, just after 5:30 p.m. for a report of a stabbing.

Initial reports from the scene suggested the boy was bleeding heavily although his exact condition is not known.

Police said they are searching for a suspect who fled the area on foot.

Paramedics said they were taking the boy to a hospital trauma centre.

They first said he was in serious condition, but police later said the boy had been treated and released.