Boy, 16, charged with first-degree murder in shooting death of man in Scarborough 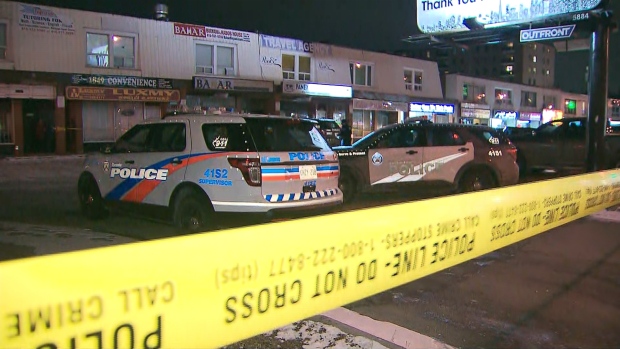 Police respond to a fatal shooting at a plaza near Lawrence Avenue East and Pharmacy Avenue Monday February 8, 2021.

A teenage boy has been charged in connection with the murder of a 62-year-old man in Scarborough last week.

On Feb. 8, Toronto police were called to a strip plaza in the area of Lawrence Avenue East and Pharmacy Avenue shortly after 7 p.m.

When officers arrived, they located a man suffering from gunshot wounds near the entrance of the plaza. Despite life-saving efforts, the man was pronounced dead at the scene.

Police identified the victim as Cam-Thanh Tat, of Toronto. He is the city’s seventh homicide victim of this year.

In a news release issued Friday, police said a 16-year-old boy was arrested and charged with first-degree murder today.

No information has been released so far about a possible motive.

Police said the killing remains under active investigation. They are asking anyone with information to contact the homicide unit or Crime Stoppers anonymously.