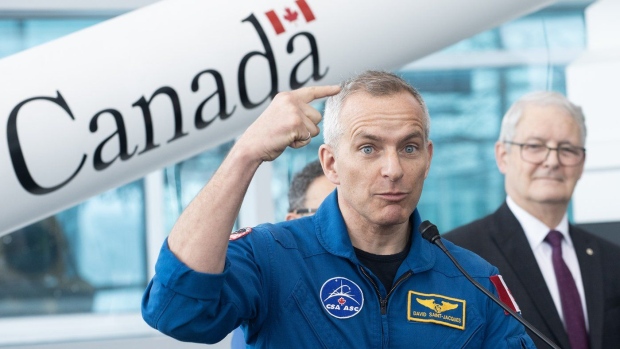 LONGUEUIL, Que. - Canada is hoping to capitalize on its vast geography and space expertise to position itself as the next global player in commercial space launches.

He told reporters at the Canadian Space Agency headquarters in Longueuil, Que., that the country is also ready to approve launches in the interim period on a case-by-case basis, and he invited private companies to come forward with projects.

Montreal-area MP and former astronaut Marc Garneau said Canada has a number of geographic advantages when it comes to satellite launch locations, including a vast, sparsely populated territory and a wide range of possibilities for high-inclination orbits.

He said that while Canada has previously launched suborbital rockets - which go up into space and fall back down - it has not yet launched an orbital space flight.

Alghabra says a number of companies have expressed interest in launching from Canada, including Maritime Launch, which is planning to build the country's first spaceport in northeastern Nova Scotia.

This report by The Canadian Press was first published Jan. 20, 2023.