Toronto police have laid charges against a minor in connection with the shooting of a 14-year-old girl at a North York apartment last week.

Toronto police said several young people were together inside a unit at an apartment building in the Jane Street and Stong Court area.

A firearm was discharged and a 14-year-old girl was struck in the head. She was rushed to hospital where she is still recovering. Police said the shooting left her with life-altering injuries.

The girl’s parents have since identified her as Alyssa Driscoll. Her father Brandon told CTV News Toronto Wednesday that the shooting occurred at his apartment while he was asleep in his room.

He described his daughter as a lovable, funny, and friendly girl.

The suspect and others fled the apartment following the shooting, police said.

Investigators said that day that the shooting may have been accidental and urged those who were in the apartment to come forward.

Police announced Thursday that they made an arrest in the case “without incident” on Feb. 16.

Police are not naming him under the terms of the Youth Criminal Justice Act.

He made a court appearance on Wednesday morning.

It’s not yet clear why anyone in the apartment had a gun. 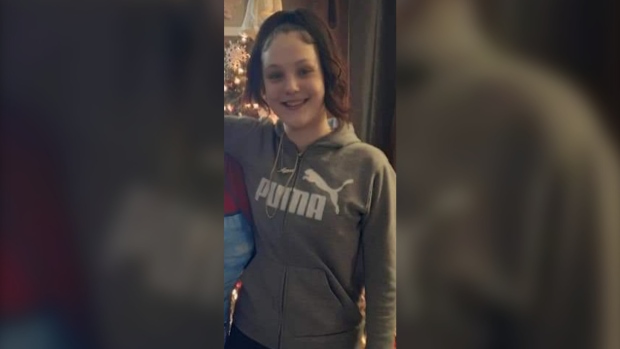 Driscoll’s mother Vanessa told CTV News Toronto Wednesday that she is “devastated” by her daughter’s shooting and said that there should not have been any guns in the apartment where the girl lives with her father.

Brandon said Driscoll is now out of the Intensive Care Unit, but will still require “a lot of medical attention."

He said he could not comment on the gun or who else may have been in the apartment that night.

A teen girl is in hospital with critical injuries following a shooting in North York overnight. (Craig Wadman/CTV News Toronto)