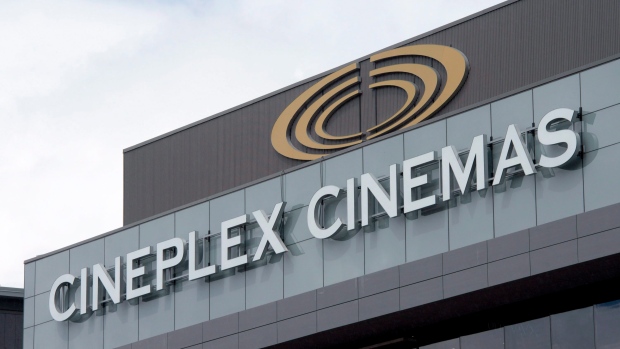 The incidents happened at theatres in Brampton, Mississauga and Scarborough at around 7:20 p.m. on Apr. 22.

“Definitely that’s very concerning. It appears to be coordinated. They occurred at the same time so they’re thought to be linked,” Peel police Const. Rachel Gibbs told CP24.com.

Toronto police said the substance used in Scarborough produced similar results, however they said that incident is being investigated separately and it is still too early to say if all of the incidents in the GTA are linked.

Several people were treated by paramedics at the theatres, but no one was seriously injured, police said.

None of the substances have been identified and it’s not clear how they were dispersed in the theatres, police said.

In an email to CP24.com, Cineplex confirmed that they evacuated three theatres on Friday.

“An incident occurred at our Brampton, Scarborough and Mississauga theatres on Friday evening that required our cinemas to be evacuated,” Cinpelex spokesperson Sarah Van Lange said. “The safety and security of our guests and employees is our top priority and while each incident was localized to a single auditorium, in an abundance of caution we evacuated each of the theatres entirely.”

She said the company is taking precautionary measures as a result of the incidents.

She also said Cineplex is cancelling the remaining run of a film that was screening at the theatres.

“I can confirm that we did cancel the remaining run of the film ‘Theri’ at our theatres across the GTA,” Van Lange said.

“Theri” is an Indian Tamil action film that was just released this month.

Gibbs said the motive behind the incidents is not yet clear.

A week ago, police in Scarborough were dealing with a similar situation.

On April 16, the movie theatre at Scarborough town Centre was evacuated after a noxious substance was detected by patrons. Toronto police say they are looking at whether that incident is connected to the three that occurred on April 22.

Gibbs said police will be reviewing surveillance footage to try and determine who is behind the incident.

Police are asking anyone with information to contact investigators. Police also advise anyone who comes in contact with an unknown substance not to touch it, but report it to police.