CN Tower reopens after closure due to falling glass

The CN Tower was closed for several hours Thursday after a glass panel broke and debris fell from the structure, prompting police to cordon off surrounding areas.

Emergency crews responded to the landmark in the area of Bremner Boulevard and Rees Street just around for reports of falling glass. 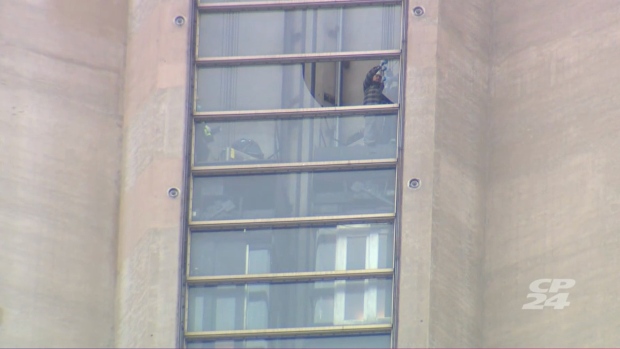 In a post on Twitter, the CN Tower said one glass panel of the elevator shaft was damaged due to high winds and repairs were underway.

Crews were seen working throughout the afternoon to remove the remaining portion of the pane.

They were later seen installing wood panels as a replacement. 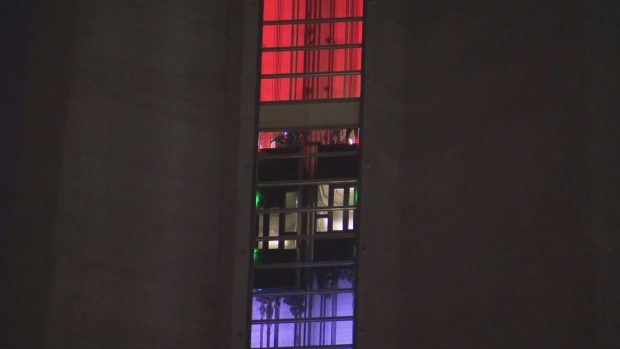 Environment Canada issued a wind warning for Toronto Thursday afternoon due to strong winds gusting up to 90 kilometres per hour.

Just before 8 p.m., the tower tweeted that it has reopened.

The CN Tower has now reopened. For our guests who were impacted by our temporary closure, please email us to reschedule your timed ticket, at tickets@cntower.ca. (1/2)