The matriarch of the Ford family passed away on Sunday night after a struggle with cancer.

The Premier’s Office confirmed Diane Ford’s death in a statement, saying that she passed way in Etobicoke surrounded by her family and loved ones.

“Mrs. Ford was an active member of her community who supported numerous charitable causes. But most of all, she was the rock for her family, especially her 10 grandchildren,” the statement reads. “The Ford family is extremely grateful for the outpouring of support from members of the community in recent weeks. The family would also like to thank Mrs. Ford’s caregivers for their compassionate care.”

Diane Ford met Doug Ford Sr. in the early 1950s, when he was a lifeguard at the Glenview Terrace. The couple got married in 1956 and had four children—two of whom followed their father’s political footsteps.

She was often seen working in the background and standing beside her family as they embarked on business or political ventures. She helped Doug Ford Sr. with the books at Deco Labels and was also a stay-at-home mother, offering up her Etobicoke home as a gathering place for her sons’ campaign events and press conferences.

In a book co-written by the Ford brothers, Doug Ford says that “no backyard in Canada has hosted more people in the last two decades—close to 200,000 people.” 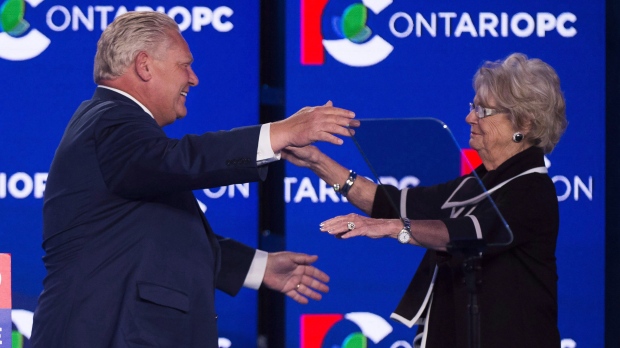 Diane Ford’s youngest son, Rob Ford, was elected as mayor of Toronto in 2010 after serving as city councillor for Etobicoke North for 10 years.

She always spoke highly of him, even amid controversies involving drugs and alcohol. She told CP24 in 2013 that she called her son out for his behaviour, but that she believed he could overcome his issues with some help.

Diane Ford was a strong force in 2016 when Rob Ford was diagnosed with a rare and aggressive cancer. At the time, she said she would cry on the way to the hospital, but once she was there she would do her best to help her son.

Rob Ford passed away in March of that year.

“What you saw was what you got with Rob and I loved him for it,” she said. “He’ll be in my heart forever. I miss him.” 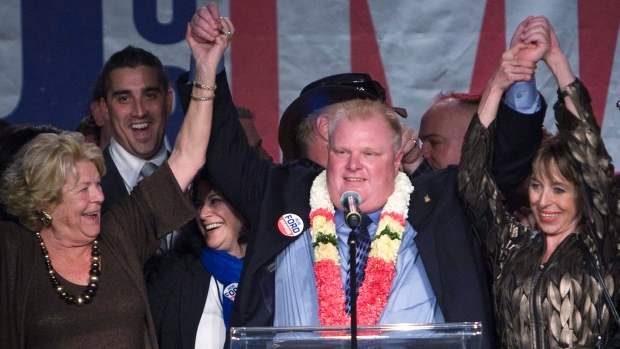 Diane Ford continued to host Ford Fest and other events for Doug Ford as he campaigned to be the mayor of Toronto after his brother’s passing. In 2018, she was by his side when he won the provincial election and became Premier of Ontario.