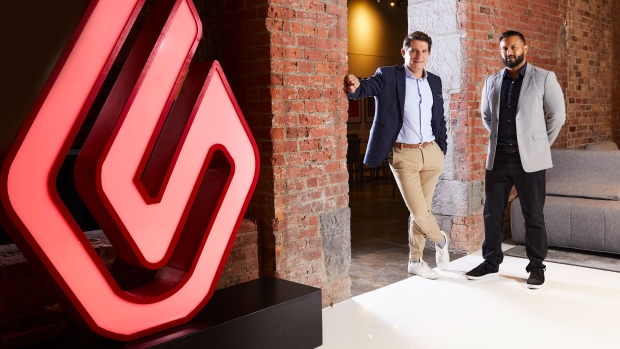 Lightspeed Commerce Inc. is cutting about 300 jobs as part of a reorganization meant to unify a slew of companies it bought in recent years.

The reduction represents about 10 per cent of the Montreal e-commerce company's head count-related operating expenditures, with half of the cost reduction coming from management.

Lightspeed had 3,000 employees at the end of March, statistics from financial markets data firm Refinitiv showed.

"After years of rapid growth–both organic and through acquisitions–we know our organizational structure has become too complex, with overlapping roles and a top-heavy framework," said Lightspeed chief executive JP Chauvet, in an open letter to staff announcing the cuts.

"This bogs us down, creates inefficiencies, distracts us from our mission and distances us from what matters most–our customers."

The deal followed the US$440-million acquisition of ShopKeep, which helps restaurants and retailers accept payment and manage their business, as well as the purchase of restaurant software company Upserve.

Following the acquisitions, Lightspeed worked to find a role for all its new employees while continuing to be agile, said Chauvet, who became chief executive in February, when Lightspeed founder Dax Dasilva stepped down.

"Now, we have to get back to a more streamlined model with fewer people involved in making decisions," he wrote in his letter.

"This does not mean these layoffs only impact Lightspeeders from acquired companies–it means reducing unnecessary layers of management and complexities agnostic of how or when someone joined us."

As a result, Chauvet expects half of the savings from the cuts to come from management roles and said Lightspeed has reduced headcount at the vice-president and higher level by 25 per cent -- the largest percentage of impacted roles per employee level.

He expects the move to streamline the business and better prepare it for a potential economic downturn, which has already resulted in layoffs at tech companies like Shopify, Netflix, Meta and Wealthsimple.

"The current economy has been a catalyst for us to streamline our business," Chauvet wrote in his note.

"With rising inflation and decreasing consumer spending affecting our customers, it’s imperative that we manage our own operating expenses efficiently during this time."

The company, he added, still intends to be profitable next year.

It estimates the cuts will result in a restructuring cash charge of US$12 million to US$14 million, primarily consisting of severance payments, employee benefits and related costs, primarily in its fourth quarter.

The company will release its third-quarter results on Feb. 2. It expects its third-quarter revenue will be within its guidance range, while its adjusted earnings before interest, taxes, depreciation and amortization are expected to come in ahead of its outlook.

Companies in this story: (TSX:LSPD)