Eight-year-old dead and nine others taken to hospital after driver slams into group of girls in London, Ont.

An eight-year-old girl has died and six others remain in hospital after a vehicle driven by a 76-year-old woman struck a vehicle, mounted a curb and then hit a group of female pedestrians – most of them children – in London, Ont. Tuesday night.

Police and paramedics were called to a collision involving multiple vehicles and pedestrians on Riverside Drive, west of Wonderland Road, at around 6:45 p.m.

Multiple people were transported to hospital with a range of injuries, but few details were available late Tuesday.

Police confirmed Wednesday that 10 people were struck and that one of them – an eight-year-old girl – died of her injuries.

According to police, a 76-year-old woman was driving her vehicle west on Riverside Drive, approaching Wonderland Road, when she struck a vehicle that was waiting at a red light.

“Then she continued through the intersection where she mounted the curb just west of the intersection behind me,” Const. Sandasha Bough told reporters at the scene Wednesday morning. “She struck a light standard or a light post, she struck a small tree and then a group of pedestrians who were walking eastbound on the north side of Riverside Drive towards Wonderland Road.”

Those struck range in age from six to 40, Bough said.

A woman and four girls remain in hospital in fair condition, while one girl is listed as being in good condition. A teenager and two other children were treated in hospital for minor injuries, but have since been released.

In a statement, the Girl Guides of Canada confirmed that some of their members were among those struck.

“Girl Guides of Canada is in contact with local volunteers to provide any support we can and we will help London Police Service in any way possible in their investigation,” the group said.

The female driver was not transported to hospital.

Bough said it is not yet clear what caused the driver to lose control. 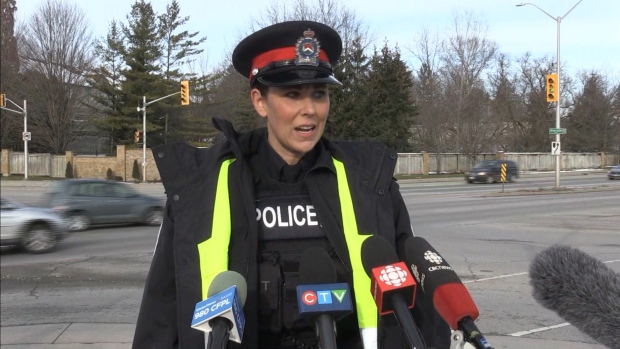 The deadly incident comes just months after London witnessed a hate-motivated attack that saw a driver intentionally plow into a Muslim family out for a walk just a few kilometres away from the scene of Tuesday’s crash. Four members of the family were killed and one was seriously injured.

Police have said they do not believe there was any intent involved in the latest deadly incident. 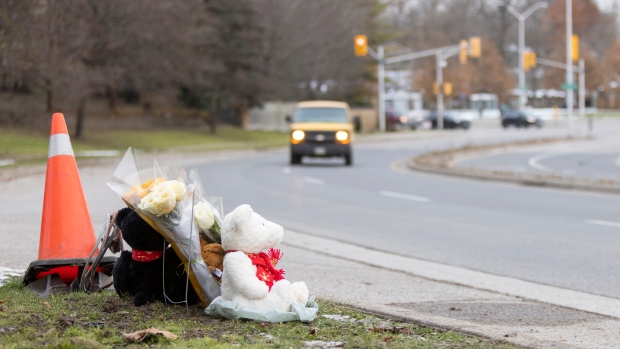 In a statement, Premier Doug Ford said all of Ontario is grieving with the community.

“My heart just breaks for the family of the little girl who lost her life in this terrible crash,” Ford said. “The rest of Ontario is grieving with you during this difficult time. My thoughts and prayers are also with those who were injured, as I wish for their full recovery.”

Holder called the incident “beyond tragic” in a tweet.

“All Londoners share in this grief. Our thoughts also remain fixated on those still in hospital as we hope and pray for complete recoveries,” he said.

Prime Minister Justin Trudeau also offered his condolences in a statement on Twitter.

“The news from London, Ontario breaks my heart,” Trudeau wrote. “To the family and friends of the child who passed away, know that Canadians across the country are here for you. And to those who were injured, we’re wishing you all a fast and full recovery. We’ll be keeping you in our thoughts.”

Many neighbours in the area were on scene within minutes. Some told CTV News London that they are “devastated” by what they saw. 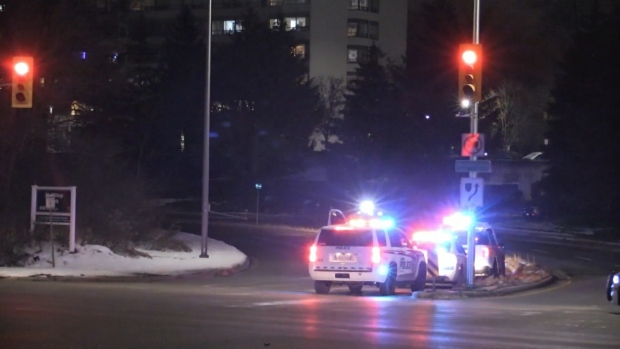 Police are asking anyone with information about the collision to contact investigators.

“Right now it's an ongoing investigation,” Bough said. “It is very active and fluid and we are asking anybody who was in the area to please provide us with information if you saw anything, if you heard anything, if you happened to be at the scene of this particular collision, because there is a possibility that there was another vehicle that may have been struck at the intersection directly behind you.”

Roads in the area were closed for the investigation overnight, but reopened at around 6 a.m. on Wednesday.

- With a report by CTV News London’s Sean Irvine

Police in London, Ont. provide an update Wednesday, December 1, 2021 on a collision a day earlier that left one girl dead and nine other people injured.