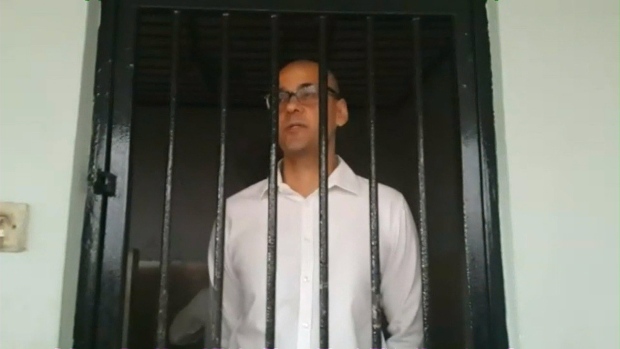 The family of a Canadian teacher imprisoned in Indonesia on much criticized child-abuse convictions is hoping a related ruling from a court in the neighbouring country of Singapore will help his case.

Neil Bantleman is currently serving a 10-year sentence after an Indonesian court found him and a co-worker guilty of abusing children at the elite international school that employed them.

Bantleman's brother said a mother of one of the alleged victims levelled many of her accusations at the start of the case in the form of emails, text messages and other digital communication sent from Singapore.

As a result, Guy Bantleman says his brother, his co-worker and their employer filed a defamation lawsuit against the woman in Singapore.

He says the court found that accusations of sexual abuse levelled by the mother regarding her son could not be proven, found that the mother had defamed the men and the school and ordered the mother to pay a total of nearly 230,000 Singapore dollars ($219,000) in damages.

"The court said there was no evidence to support the allegations of the mother and in reality there were more communications that actually said the mother and child indicated no sort of physical abuse," Bantleman's brother said.

Neil Bantleman's family has called the case against the 46-year-old Burlington, Ont., man a surreal one.

He and a teaching assistant were both working at the Jakarta Intercultural School when they were arrested last July following reports from parents of a six-year-old boy who claimed to have been sodomized. Police had already arrested five janitors who worked at the school on charges of child sexual assault in relation to the case.

Bantleman and the teaching assistant, Ferdinant Tjiong, were then charged with sexually abusing three children at the school, underwent a trial that saw conflicting evidence, and were eventually convicted in April.

Both men maintained their innocence throughout and frequently voiced criticisms about the fairness and transparency of the trial which saw medical reports from three different hospitals in Jakarta and Singapore show no major injuries or abnormalities in the three children at the centre of the case.

Bantleman filed an appeal, which is expected to be ruled on at the end of this month.

His family hopes the positive court ruling from Singapore might have some impact on the outcome of his Indonesian legal battle.

"Obviously we're talking about two different countries, what happens in Singapore doesn't mean it's going to follow through in Indonesia," Bantleman's brother said. "But I think it does point the courts in Indonesia in a direction that says listen, 'we've looked at this information and find a very different outcome of what happened."'

Bantleman wrote to Prime Minister Stephen Harper after being found guilty in Indonesia, saying the process used to convict him was corrupt and amounted to a human rights violation.

The federal government has called on Indonesia to ensure the appeal is conducted in a "fair and transparent manner" and says it continues to monitor Bantleman's health and safety.