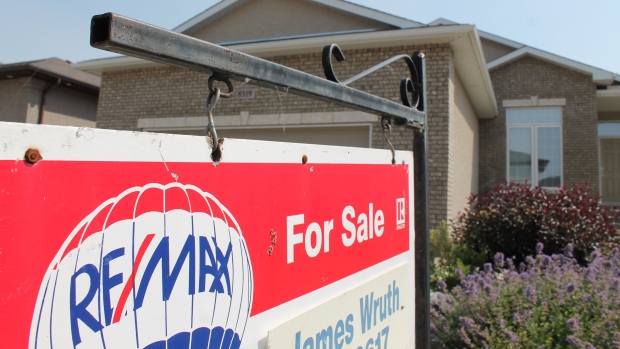 The report, titled "In High Demand" and released Monday by Ryerson University's City Building Institute, favours a tax on foreign buyers -- similar to the one introduced in Vancouver last summer -- but suggests it should be implemented in addition to a "progressive surtax" on expensive homes owned by people who aren't paying income tax, including people with foreign capital.

"The surtax essentially gets wiped out if you're earning money locally and paying taxes locally or in Canada," said report author Josh Gordon, an assistant professor at Simon Fraser University.

It's a system that hasn't been implemented elsewhere, Gordon said, though it was first proposed several months ago by his colleague Rhys Kesselman.

The surtax would target foreign buyers who don't contribute to the local labour market, as well as wealthy Canadian citizens who have "aggressively evaded taxes," the report said.

And it would also be progressive, like income tax. The surtax would only apply to the value of a home over a certain threshold, the report said. The further you get from that threshold, the more the property is taxed.

"Most importantly, the tax would alter expectations," Gordon wrote in the report. "Torontonians would come to recognize that subsequent demand for housing would be primarily local, not foreign, and thus that prices were likely to fall."

Gordon noted that both the policies are related to demand in the housing market, as opposed to supply.

He noted while the number of active real estate listings in Toronto has declined in recent years, the number of new listings has stayed the same. In other words, the same number of houses are going on the market, they're just getting snapped up quickly.

"This isn't normal. A lack of supply isn't causing this. It's a surge in demand, and demand that's beyond the normal growth of population, construction and new listings of homes," said Cherise Burda, executive director at the Ryerson City Building Institute.

"I think often demand is overlooked by this cry for more supply," she added. "We can't build our way to affordability."

But she said supply shouldn't be ignored altogether.

"When you look at supply, it's what type of supply you need to build."

She said developers are largely building high rises downtown, and detached houses in the "suburban periphery," far from transit, schools and services.

Figures from the B.C. government show a drop in real estate transactions in the Vancouver area after the provincial government brought in a 15 per cent tax on foreign buyers last August. However the market had been showing signs of softening prior to the tax after months of scorching sales.