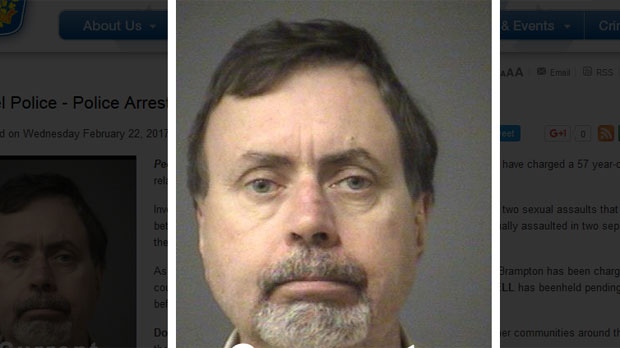 A former Brampton hockey coach has been charged in an historic sexual assault investigation dating back to the 1990s.

Peel Regional Police allege that in 1992 and 1993, two teenage hockey players were sexually assaulted on two separate occasions by their coach.

After launching an investigation into the allegations, police say 57-year-old Douglas John Russell was arrested.

Russell has been a hockey coach in Peel Region since the early 1980s and police say they believe there could be more victims who have not yet come forward.