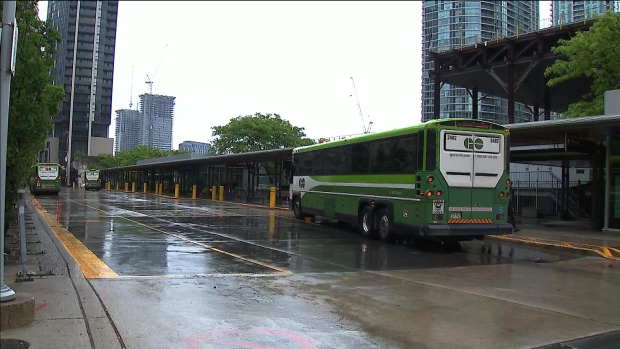 The operator of Ontario's GO Transit service is asking bus drivers to accommodate an autistic man by spitting out their chewing gum if asked, a directive meant to encourage employees to meet the needs of those with invisible disabilities.

Metrolinx says a regular passenger, who is autistic, has extreme sensitivity to the sounds and scents of people chewing gum nearby.

Spokeswoman Anne Marie Aikins says Liam Walshe takes steps to limit his exposure when travelling by train, but says options such as relocating to other cars are not available when using a bus.

She says Metrolinx has therefore asked drivers to spit out their gum if the man boards their vehicle, saying the directive is comparable to similar measures asking staff to refrain from wearing perfume or eating foods likely to trigger serious allergies.

Aikins says that while the memo only specifically mentions the one passenger, it's meant to serve as a guideline encouraging staff to recognize that people with invisible disabilities must be accommodated on the service.

Walshe issued a statement through a legal representative saying he's pleased with Metrolinx's willingness to accommodate him, but says other transit authorities still fail to provide inclusive environments.