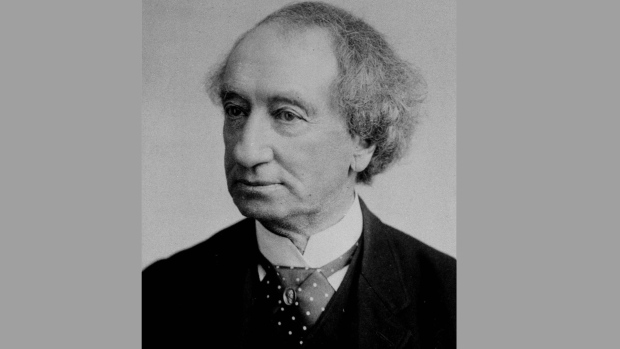 REGINA - A Canadian historical association is stripping the name of the country's first prime minister from one of its top honours.

John A. Macdonald's place in Canadian history was debated by many of the scholars who know it best at the Canadian Historical Association's annual meeting in Regina.

After around 40 years of handing out the Sir John A. Macdonald Prize, the association's members voted 121-11 on Tuesday to rebrand the award as the CHA Prize for Best Scholarly Book in Canadian History, said association president Adele Perry.

Perry said the new title is more in line with the intentions of the $5,000 prize, which recognizes non-fiction writing that's been deemed to have made a significant contribution to the study of Canadian history.

“One of the distinctions that historians always draw is that there's a difference between history and commemoration,” said Perry, who is a professor at the University of Manitoba.

“Prize names are something that people talk about and have expectations and ideas about, and the conversation has occurred in a range of ways.”

Trent University history professor Christopher Dummitt, who is not currently a member of the association, said he thinks the name change was motivated more by the current climate of “political correctness” than by historical fact.

“I think it's a very ahistorical decision by a group that's supposed to be interested in history in all its complexity,” he said.

Dummitt said Macdonald's political leadership was essential to Canada's founding. His efforts to integrate French and English Canada were progressive for the 19th century, said Dummitt, and still merit admiration by contemporary standards.

However, said Dummitt, many in scholarly circles have been struck by a “moral puritanism” that imposes a single interpretation of history, rather than viewing figures who shaped the past as products of their time.

“We're saying that there is a single right history, and we're judging a series of people according to that standard,” he said. “We're interested in a certain kind of diversity, but not a diversity of opinion.”

University of Regina professor James Daschuk, who won the Sir John A. Macdonald Prize in 2014, said a small group of association members voiced similar concerns about erasing history during this week's annual meeting, but he sees it as just the opposite.

“Most of us who have done research know that Macdonald shouldn't be uniquely honoured in this way,” he said. “We have to balance out his accomplishments with the deeds that have undermined his reputation.”

For too long, said Daschuk, history books have written out accounts of oppression suffered by Canada's Indigenous Peoples and other marginalized groups in favour of largely incomplete colonial narratives.

Daschuk described Macdonald as the architect of “draconian” policies including the establishment of residential schools, the criminalization of traditional religious practices and the displacement of nearly 10,000 Indigenous people who were forced to go hungry until they agreed to move to federally designated reserves.

“We're trying to actually provide a more fulsome history of that, which is the story of that marginalization,” he said. “In doing that, some of our 'old heroes' ... are going to be set aside, because we have a clearer picture of their impact.”

Other historians at the meeting argued that the “symbolic” gesture did little to advance the cause of reconciliation, said Daschuk, and while he acknowledged that the name change is minor in the grand scheme of things, he felt keeping the title would have sent a stronger statement - one that could put the organization on the wrong side of history.

“It's not that we're expunging his memory from our collective consciousness. It's that his name is taken off a prize for historians who should know better,” said Daschuk.

“If we have a tin ear to what our work does, where do we stand?”

Macdonald's political legacy is part of a country-wide debate about how Canada commemorates its colonial past.

In August, the Elementary Teachers' Federation of Ontario called for the removal of Macdonald's name from elementary schools in the province, referring to him as the “architect of genocide against Indigenous Peoples.” That call was rejected by Ontario's premier, who noted the need to understand all parts of the country's history.

A pub in Kingston, Ont., dropped a reference to Macdonald from its name in January after receiving requests to do so from members of the Indigenous community.