Honda Indy road closures will create headaches for some drivers 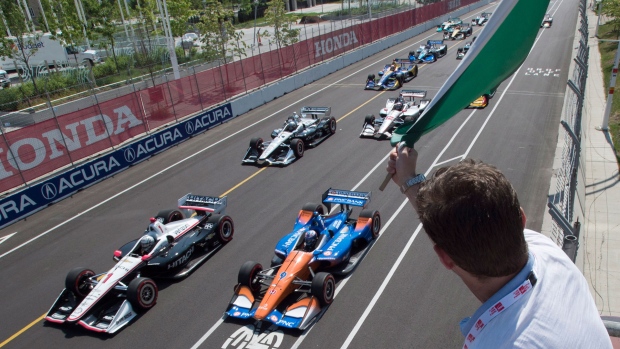 Jason Priestley waves the green flag to start the Honda Indy in Toronto on Sunday, July 15, 2018. THE CANADIAN PRESS/Frank Gunn

Indy race cars will be speeding around the city’s west end over the next few days but for every other driver, getting around may get a little slower.

A series of road closures for this weekend’s Honda Indy will go into effect starting today, including a significant portion of Lake Shore Boulevard West.

As a result of the closures, the city is warning drivers to expect delays of up to one hour on the Gardiner Expressway during the morning and afternoon rush hours on Thursday and Friday, as well as delays of up to 30 minutes at all other times.

Practices for the Honda Indy will begin on Friday with the big race scheduled for 3:40 p.m. on Sunday.

Roads are expected to be reopened by 11 p.m. on Sunday.