‘I just wish it was me checking his pulse,’ mom grieves as cops search for men who ran down teen

The mother of a 16-year-old boy “intentionally struck” by a motorist in East York last month says she cannot comprehend the cruelty they showed as they ran him down and left him to die.

“It’s like they treated him like a piece of an animal. (It was) like they were just hitting nothing. They had no conscience and just left him.” Kelly Jones said after watching a surveillance camera clip police have released publicly in order to catch her son’s killers.

Matthew Dreaver was killed in the early morning hours of Oct. 7 after police said he was deliberately struck by an SUV in the area of Woodbine Avenue and O’Connor Drive.

A disturbing video, which was publicly released by police with the consent of the victim's family, shows Dreaver caught under the wheels of a dark-coloured SUV while being dragged for some distance.

The vehicle then turns around and drives past the victim's lifeless body before leaving the scene.

The teen was rushed to hospital without vital signs and was later pronounced dead.

A 14-year-old friend of his who is seen in the video stood next to him.

“It was a nightmare because I saw these people going over my son. They hit him, they ran over him two times and then I saw his friend checking his pulse,” Jones said. “And I just wish it was me checking his pulse because I know my CPR and I thought I could have brought him back to life for me.” 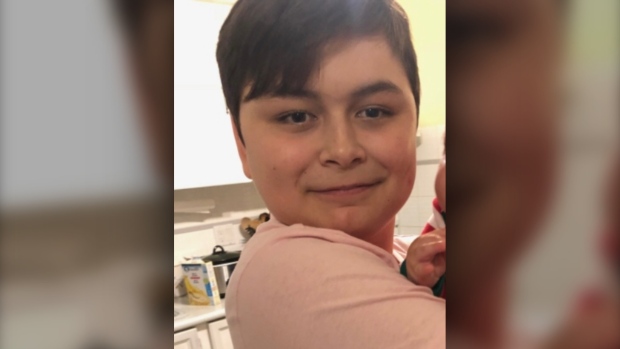 Det. Leslie Dunkley previously told reporters that prior to the collision, Dreaver and his friend were involved in an interaction with two occupants of a vehicle parked at 1500 Woodbine Avenue.

According to investigators, the two boys left the area but were located by the suspects several minutes later near Cedarvale and Bracebridge avenues.

Dunkley said a passenger got out of the vehicle and chased Dreaver and his friend, who ran toward a community centre.

The suspects caught up with the pair, police said, and Dreaver was subsequently struck by the SUV.

Jones said she wakes up “20 times a night,” replaying the events that took her son over and over in her head.

“Whatever he was doing, there was no need to run over a child,” she said of the fateful encounter.

She said that she believed Matthew, who she referred to as “Matty” while holding his framed portrait, was out that night walking to an adjacent neighbourhood to meet a girl he liked.

Dreaver is survived by three siblings, including a four-year-old little brother.

Jones said the small boy sometimes thinks his elder brother is still around.

“My four-year-old goes up to the bedroom and he says ‘look he’s up here wrestling with me.’ It hurts because I don’t know how to explain it.”

She says the loss weighs heavy on her at every moment.

“I am going to counselling starting Tuesday, because I can’t sleep, I can’t eat, I just miss him.” 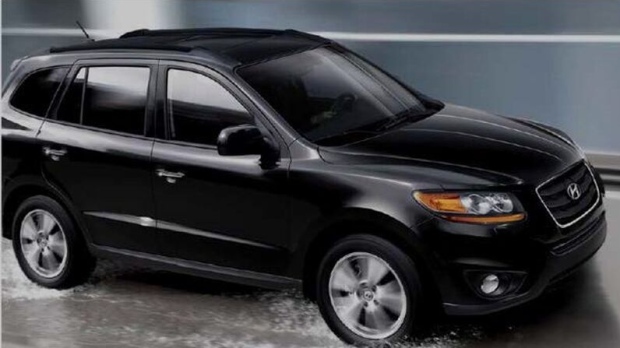 Investigators have described the vehicle as a 2007 to 2012 Hyundai Santa Fe that is either dark blue or black in colour.

The vehicle may also have front-end damage.

An image of a vehicle similar to the one the suspects were driving has also been distributed to the public by Toronto police.

The driver of the vehicle is believed to be a white male who is between the ages of 20 and 35 years old and has a round face, short, balding hair, and is approximately five-foot-ten to five-foot-eleven.

The passenger is described by investigators as a white male who is either bald or has short hair. His weight and height are similar to the first suspect, police said.

He added that the video makes it clear that the hit-and-run was a deliberate act of violence and not a traffic accident.

Kwong noted that the video would not have been released unless detectives thought there was investigative value.

Anyone with information about the homicide is asked to contact police or Crime Stoppers anonymously.

“I hope somebody watches this and recognizes their car, and maybe their wife or girlfriend or close friend will turn them in – I hope someone turns them in,” Jones said.

If the pair are ever caught, Jones said she will be right there.

“If these people get caught I am going to show my face in court every day. And hold a picture of Matty, who they took away from me and my family.”