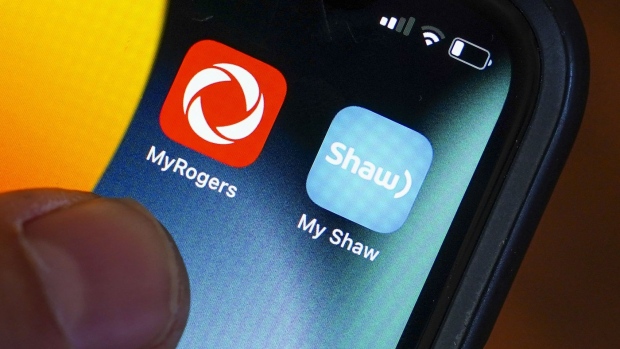 The House of Commons industry and technology committee is set to hold a meeting today looking at Rogers Communications Inc.'s proposed takeover of Shaw Communications Inc. Rogers and Shaw applications are pictured on a cellphone in Ottawa on Monday, May 9, 2022. THE CANADIAN PRESS/Sean Kilpatrick

The committee previously reviewed the merger in March and recommended against the transaction.

This latest meeting will examine a revised proposal that includes the sale of Shaw-owned Freedom Mobile to Quebecor-owned Videotron Ltd.

Speakers at the meeting include members of the Competition Bureau, outside competition experts and company representatives including Rogers chief executive Tony Staffieri.

Industry Minister François-Philippe Champagne, who still needs to approve the deal, said he was reviewing the Federal Court of Appeal's decision and will be making a decision on the deal in due course.

This report by The Canadian Press was first published Jan. 25, 2023.