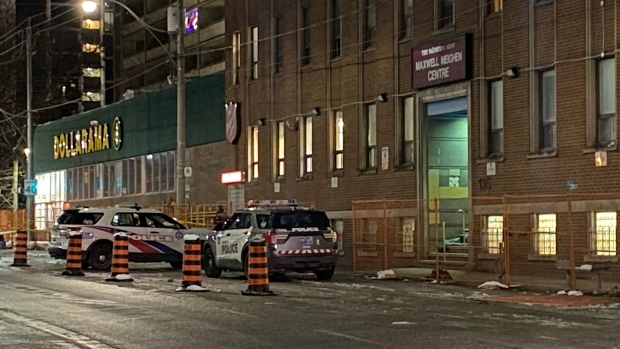 Toronto police respond to the scene of a stabbing near Queen and Sherbourne streets in downtown Toronto Monday, November 30, 2021. (Mike Nguyen /CP24)

A man has been taken to hospital with serious injuries after being stabbed in the head in the Moss Park area downtown late Monday.

Officers were called to the area of Sherbourne Street and Queen Street East at around 11:08 p.m.

Police said there were reports that a man had been stabbed in the head multiple times and they located a scene near a shelter.

Toronto Paramedic Services told CP24.com that they transported an adult man to hospital with serious, but non-life-threatening injuries. He was conscious and breathing when transported to hospital, police said.

No arrests have been made so far and there is no word yet on a possible motive, police said.