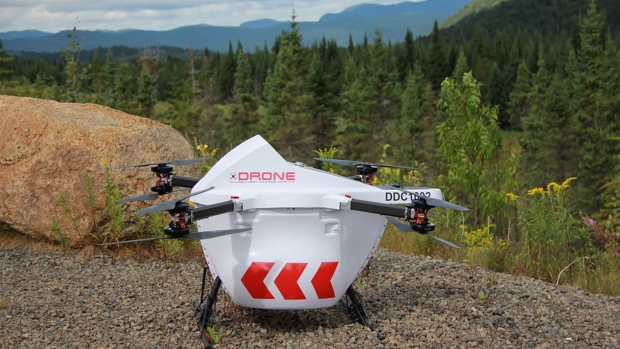 Drone Delivery Canada will carry out the service, which will deliver protective equipment and testing supplies to Georgina Island First Nation and Beausoleil First Nation.

William McCue, a councillor for Georgina Island First Nation, says community members will feel at ease knowing that they have a back-up to their supply chain.

While the First Nation is near multiple urban centres around Lake Simcoe, McCue says the logistics around delivering goods can be tricky.

Supplies have to be ferried in and can be delayed by inclement weather or rough waters.

It can often take a week to get supplies to residents, but drone deliveries can complete shipments on an hourly basis.

Drone Delivery Canada says the shipments are planned to start in the coming weeks.

C-E-O Michael Zahra says the initiative is partially funded by the federal government as part of pilot project to look at wider uses of drone deliveries.

McCue says his community will be better prepared for a second wave thanks to the drone system.