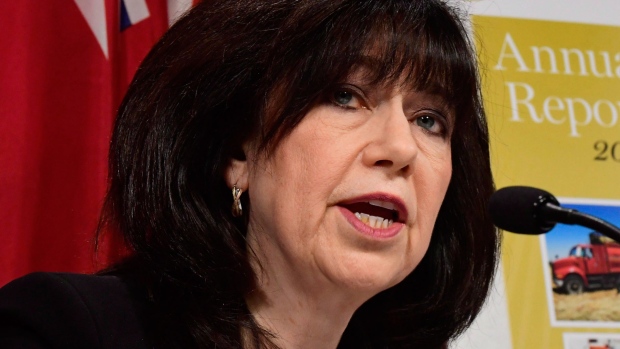 TORONTO - Ontario's governing Liberals were dealt a blow Wednesday as the province's auditor general said their financial statements “dramatically understate” their deficit by billions of dollars.

The finding from Auditor General Bonnie Lysyk was part of a report released just weeks before a spring election and built on past criticism of accounting principles applied by the Liberals, which Lysyk says make Ontario's deficits appear smaller than they are.

The government has not accurately reflected the true cost of its borrowing plan to cut hydro rates by 25 per cent, Lysyk said, while also raising questions about how the province accounts for revenues related to two teacher pension plans it includes on the books as assets.

“The consequences of these major differences between the governments projections and the likely actual deficits are significant,” Lysyk said. “They create the perception that the government has more money available to it than it actually does.”

Under its Fair Hydro Plan, the government will borrow money over the long-term to cut rates immediately. Lysyk said the government has not included the cost of compensating power generators or interest on the money borrowed for the plan.

“The plan gives ratepayers a discount on their hydro bills but someone else still has to compensate power generators for their reduced revenues resulting from the discount,” she said. “That someone is the government. And it must borrow to pay this compensation.”

Lysyk also raised the issues with the accounting of the Ontario Public Service Employees Union Pension Plan and the Ontario Teachers' Pension Plan, which are jointly sponsored with the government.

In 2016, the auditor general told the government it did not have a legally enforceable right to unilaterally access the assets, so they should not appear on the balance sheets. She repeated that message Wednesday, adding that if the government could produce a letter proving the co-sponsors agreed it could access the funds she would change her assessment.

Premier Kathleen Wynne, whose Liberals have been trailing in recent polls ahead of the spring election, downplayed the discrepancy, calling it a long-standing “accounting dispute” between her government and the auditor general.

“Those are old discussions and they are ongoing,” Wynne said.

Finance Minister Charles Sousa acknowledged that the government and the auditor general's office have been at odds over the issue for years, but said the government is not changing its position on the issue.

“This is an ongoing disagreement between professional accountants. That hasn't changed,” he said. “But what I am confirming today, what the auditor general has confirmed, is that the plan that we put forward is prudent, it's cautious, it's appropriate.”

Lysyk said that in her office's opinion, any party drafting an election platform should assume the province's books in 2018-2019 will have a $5 billion deficit because of forecasted expenses the government has not included in its projections. But with the fiscal year underway those figures could still change, her office added.

Progressive Conservative parliamentary leader Vic Fedeli said the Tories accept the Auditor General's numbers but could not say how they will impact the Tories' as yet unreleased platform.

“Because these numbers are so new we're going to spend some time to review precisely what the auditor general has revealed today and you will be seeing our plan,” he said.

Fedeli also said the Liberals were trying to make their books look better ahead of the spring election.

“We the MPPs have been deliberately mislead and so have the people of Ontario,” he said. “They have purposely deceived the people.”

NDP finance critic John Vanthof said the auditor general has pointed out what should be basic accounting principles used by the government.

“When the government makes a decision ... to spend money it should show up clearly and transparently on the books,” he said.

Vanthof said if the NDP win the spring election, the party will sit down with the Auditor General and the province's Financial Accountability Officer to ensure the government is using the proper accounting practices.

Meanwhile, Ontario Chamber of Commerce President Rocco Rossi said the government needs to settle the accounting dispute at the heart of Wednesday's report. If the province were a publicly-held company, shareholders would “demand clarity and accountability” from the government and its auditors.

“The Government of Ontario, and through them the people of Ontario, either respect our legislative officers or we do not,” Rossi said in a statement. “This disagreement undermines the whole of government.”

Ontario heads to the polls June 7. 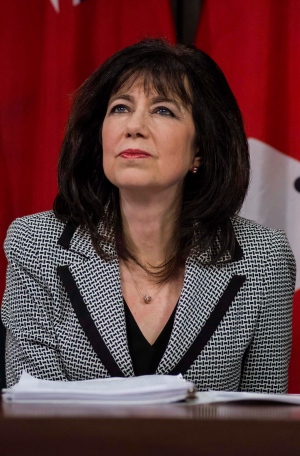