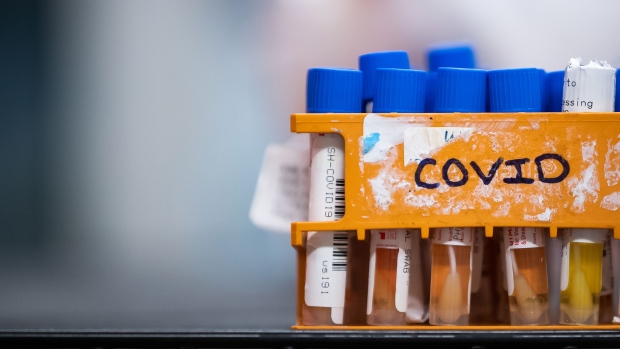 Ontario is reporting its highest number of new cases of COVID-19 in nearly two weeks but the number is at least partially inflated by what is being described as a “a laboratory-to-public health reporting delay.”

The Ministry of Health says that another 455 cases of the virus were added to its database on Friday but it says that 68 of them should have been included in earlier reports, meaning that the true number of cases confirmed over the last 24 hours is actually 387.

That would still represent the highest number since 446 cases were confirmed on Tuesday.

It is also marks a slight-increase on Ontario’s rolling five-day average of new cases, which now stands at 374.

The latest data also reveals that there have been another 35 deaths in people who have contracted COVID-19, bringing the total so far to 2,407.

The good news is that the province does appear to be having some success in ramping up testing.

On Friday it conducted 23,105 individual tests, representing the third day in a row that it reached a new record.

On Friday there were 673 patients hospitalized with COVID-19, down from 749 one day prior.

Of those patients, 117 of them are in Intensive Care Units and 97 of those people are on ventilators.

The number of patients in ICU units peaked at 264 in early April. Hospitalizations, in general, lagged further behind and hovered around 1,000 for weeks before starting to decline in mid-May.

Nearly 70 per cent of new cases in Toronto, Peel

The Greater Toronto Area has accounted for about two-thirds of all confirmed cases of COVID-19 since the beginning of the pandemic but in recent days the region has had an even higher proportion of all cases, prompting Premier Doug Ford to consider a region-by region reopening strategy.

The latest data suggests that of the 455 cases added to the province’s database on Friday, nearly 70 per cent of them were in Toronto (195) or Peel Region (119).

The other regions in the GTA – York, Durham, Halton – accounted for just 74 new cases combined.