Dozens of suspects are facing hundreds of charges after a sweeping investigation into an alleged illegal gambling operation with ties to known gangs and at least one homicide, Ontario Provincial Police said Thursday.

The arrests mark the culmination of a nearly two-year-long investigation centred on an alleged gambling ring operated by current or prospective members of the Hells Angels biker gang, OPP said.

The probe, dubbed Project Hobart, saw the provincial force team up with 18 other agencies and police services across the province including those in London, Niagara Region, Sault Ste. Marie and the Toronto and Hamilton areas. 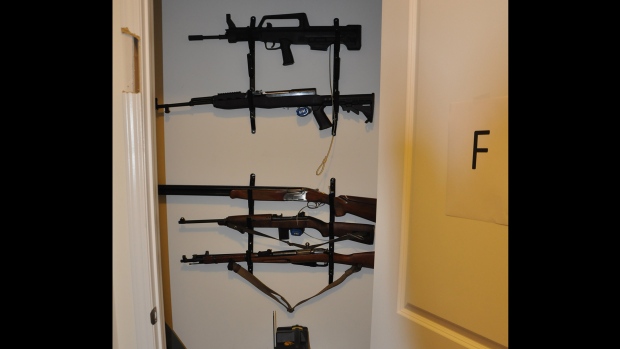 Police laid out details of the operation at a news conference where OPP Commissioner Thomas Carrique said the millions of dollars allegedly generated through the elaborate gambling operation directly contributed to a wave of serious crime.

“Taking the profit out of illegal gaming and ill-gotten gains away from criminal organizations is essential to preventing further acts of violence,” he said. “The incredible work done by the officers and specialists who worked on this investigation have done just that.”

Police said they launched Project Hobart in January 2018 in response to a spike in violence across Ontario and Quebec. Alleged offences that triggered the investigation included attempted murders, arsons, extortion and assaults, they said, but offered no additional details.

Investigators allege the sites brought in a total of $13 million from January to July of this year alone, noting they likely raked in gross profits of $131 million over the past five years. 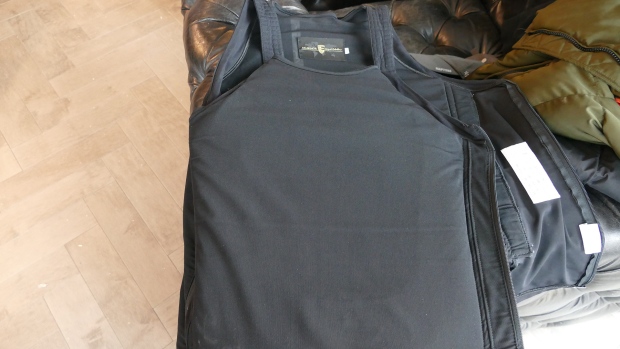 Police also alleged the ring, with ties to at least one organized crime family, was linked to a homicide west of Toronto earlier this year.

Michael Deabaitua-Schulde was gunned down in the parking lot of a Mississauga gym in March.

Local police had previously said Deabaitua-Schulde was a member of the Niagara chapter of the Hells Angels, and the provincial force said Thursday he was directly tied to the alleged gambling ring. Four people have been charged with first-degree murder in his death.

Police said searches related to the investigation netted 21 firearms and millions of dollars worth of cash, vehicles, jewelry, vacation homes and gold and silver bars.

They've charged 28 people with a total of 228 offences including breach of trust, bookmaking, money laundering, tax evasion and commission of offences for the benefit of a criminal organization.

A Glock handgun and its magazine are shown in a handout image from the OPP.