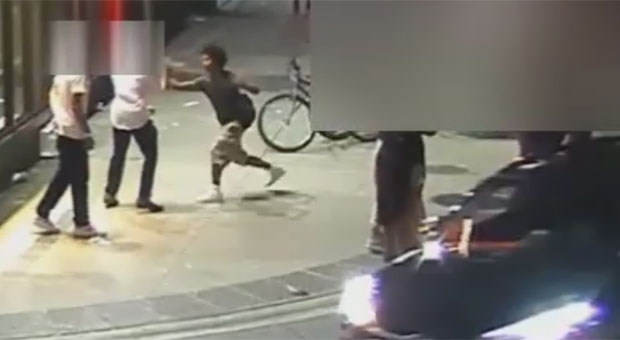 Police are searching for a suspect wanted in connection with a stabbing near Queen Street West and Spadina Avenue.

Police are continuing to search for a suspect wanted in connection with a stabbing downtown in July.

Police say in the early morning hours of July 28, the suspect was involved in a heated argument with another man on the street near Queen Street West and Spadina Avenue.

The verbal altercation escalated to a fight and, according to investigators, the suspect stabbed the other man multiple times.

The suspect fled the area on a bicycle and the victim was rushed to hospital for treatment.

Police have now released security video of the incident.

Officers are asking anyone who recognizes the suspect in the video to contact investigators or Crime Stoppers anonymously.