Police trying to find driver who fled after striking pedestrian 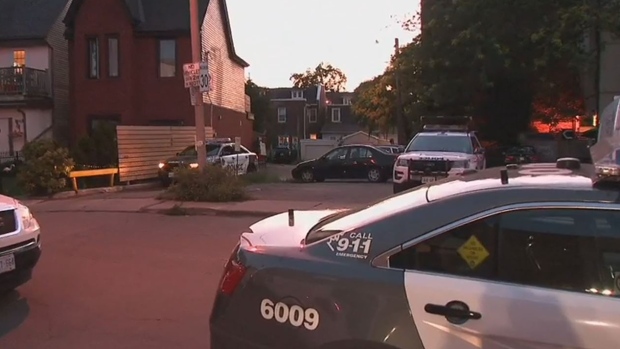 Police are investigating after a man was struck by a pick-up truck in The Junction on Wednesday. (CTV News)

Toronto police are trying to find a driver who fled after striking a pedestrian and leaving him with critical injuries.

It happened at around 5 p.m. on Wednesday in the area of Dundas Street West and Anette Street.

Police said a 60-year-old man was standing in a laneway southwest of Indian Road Crescent and Dundas Street West when a westbound, dark-colored truck struck him.

The man was then taken to hospital with life-threatening injuries.

The truck was later found, but police have not yet located the driver. Anyone with information is being asked to contact police.