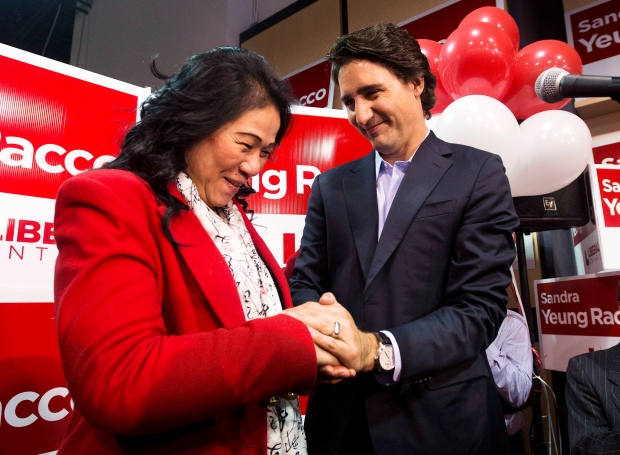 A new poll suggests the Progressive Conservatives are off to a strong lead in two Ontario byelections being held next month.

The poll, conducted Jan. 15, took a random sample of voters in both Thornhill and Niagara Falls.

“These results indicate the PCs are strong even in ridings they're not supposed to be winning,” Forum Research President Lorne Bozinoff said in a statement released with poll. “This will give both Liberals and New Democrats some pause about heading too eagerly into a spring election.”

The byelection in Thornhill is being held to replace Progressive Conservative MPP Peter Shurman, who resigned after a dispute over expenses with party leader Tim Hudak. The Niagara Falls byelection comes after Liberal Kim Craitor announced he is retiring.

The outcome of the byelections won’t change the balance of power in the legislature, where the Liberals have a minority government. However it may be viewed as a bellwether for a general election, which could happen in the spring.

In Thornhill Progressive Conservative Gila Martow is up against Liberal Sandra Yeung-Racco, a Vaughan councillor who currently represents part of the riding locally and whose husband, Mario Racco, has previously held the riding for the Liberals.

Yeung-Racoo’s campaign got off to a splashy start with a visit from federal Liberal leader Justin Trudeau at her campaign headquarters Thursday. Martow was confirmed as her party’s candidate Thursday night.

In Niagara Falls, Trudeau and Premier Kathleen Wynne are both lending their high profiles to Liberal candidate Joyce Morroco on a visit to a high school today.

Morroco is up against Progressive Conservative Bart Maves and NDP candidate Wayne Gates.

Premier Kathleen Wynne announced Wednesday that the byelections will be held Feb. 13.

The poll was conducted on Jan. 15. and has a margin of error of plus or minus four percentage points.