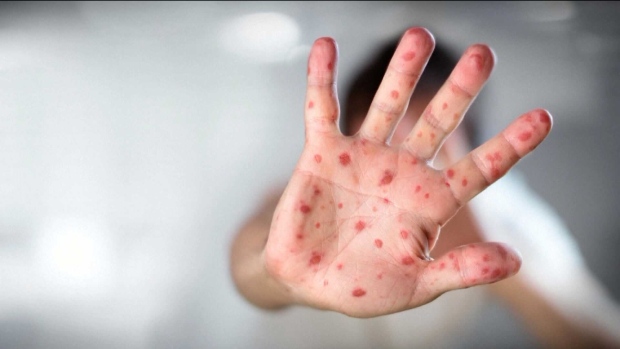 QUEBEC - Health authorities have confirmed a case of measles in a hospital in the Quebec City region.

They say an adult person contracted the virus during a trip to Asia and then visited the Hotel-Dieu hospital's emergency room on May 30 and 31 while contagious.

Health officials say they're trying to reach everyone who came into contact with the infected person between May 24 and June 1.

They say there's no indication the measles has spread, and the risk of transmission is low since 95 per cent of the population in the area is vaccinated.

The last case of measles in the Quebec City region was detected in 2015.

The Public Health Agency of Canada says 61 measles cases were reported across the country between Jan. 1 and May 25, with reports coming from Quebec, British Columbia, the Northwest Territories, Ontario, Alberta, and New Brunswick.