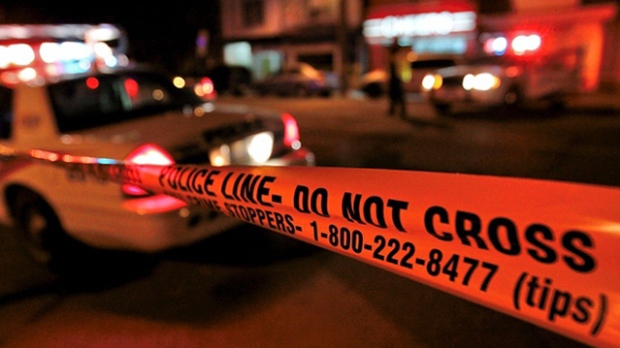 Toronto police say one person has been seriously injured in a stabbing in Scarborough.

Emergency crews were called to the area of Ben Stanton Boulevard and Lawrence Avenue East, east of McCowan Road, just before 6:30 p.m. for reports of a stabbing.

He has been taken to a hospital with serious but non-life-threatening injuries, Toronto paramedics said.

No suspects descriptions have been released.

Stabbing:
Ben Stanton Blvd/ Lawrence Ave E
- a teenage boy has been stabbed
- being taken to hospital with serious injuries (nothing further on extent of injs)
- 2 masked male suspects fled on foot
- units are OS#GO2162145^adc