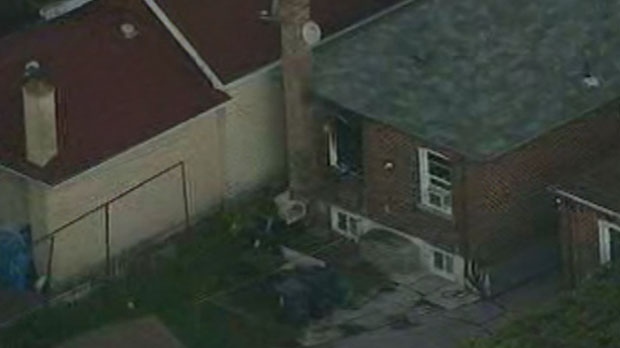 Firefighters extinguished a blaze at a house on Hopewell Avenue in Toronto on Wednesday, Sept. 19, 2012.

Toronto firefighters are at the scene of a residential fire near Dufferin Street and Roselawn Avenue.

Crews were called to the blaze on Hopewell Avenue at about 6:35 a.m.

A Toronto Fire Services spokesman said the fire was in a bedroom and all of the home's occupants escaped.

Meanwhile, investigators are probing the cause of an early-morning blaze that destroyed two homes that were under construction in Oshawa.

The fire near Coldstream Drive and Ormond Drive was reported Wednesday, shortly after 5:15 a.m.

At least two nearby homes were evacuated as a precaution as firefighters battled the blaze. They were able to bring it under control at about 5:50 a.m., an Oshawa Fire Services spokesman said.