Toronto home sales in May up from April, but down significantly year-over-year 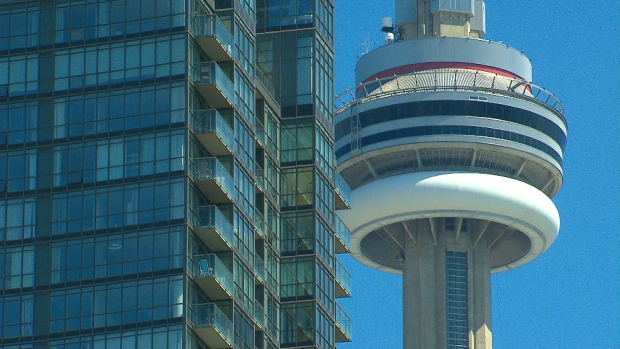 TORONTO - Home sales are showing signs of improvement in the Toronto real estate market, but economists say it's far too early to feel optimistic about the trajectory of a recovery from the devastating effects of the COVID-19 pandemic.

“The hole is very, very deep to dig ourselves out of,” said Robert Hogue, senior economist at Royal Bank.

Activity in the region improved in May compared with April, according to figures the Toronto Regional Real Estate Board released Wednesday. But it remained less than half of what TREB saw a year ago.

There were 4,606 sales in the Greater Toronto Area through the board's MLS system in May, it said. That's down 53.7 per cent compared with a year earlier.

However, sales in May were up 55.2 per cent compared with April.

The number of new listings also rose compared to the previous month, but fell year-over-year.

Those figures are enough to be optimistic about, considering the circumstances, said David Fleming, a broker at Bosley Real Estate David Fleming Group Inc.

“It's completely in line with what I expected and I think ... you'll see that continue into June,” he said.

May saw substantial pick-up, he noted.

“So while sales figures are (still) down, do people care how many units are selling or do they care what the prices are?” he said.

The coronavirus knocked the wind out of what was expected to be among the strongest spring seasons in home-sales history, said Sherry Cooper, chief economist at Dominion Lending Centres.

But with the COVID-19 shutdowns, the “period of adjustment” remains uncertain, especially when considering low interest rates against a surge in unemployment, she said.

“They're opposing forces,” she said of those two factors.

“I don't think we're going to see gangbuster home sales, but I do think they're certainly going to come off the bottom.”

In the Vancouver area, the local real estate board released figures Tuesday showing a continued steep year-over-year drop in May, but also noted gains from April.