Toronto real estate was definitely one of the hottest topics in 2022 with a major housing correction hitting the market in the spring, resulting in plummeting home sales and prices.

But after a year of consistent interest rate hikes by the Bank of Canada and limited housing stock across the nation, 2023 is set to be a different market story that is leaving many homeowners, prospective buyers and renters wondering what’s to come.

“I think the big question that people will be asking around the dinner table over the holidays is, you know, what do I want to do in 2023?” Toronto Regional Real Estate Board (TRREB) President Kevin Crigger told CP24 on Friday.

With many residents across the Greater Toronto Area (GTA) waiting on the sidelines to make any housing-related moves, Crigger predicts next year will be a turning point for many who want to enter the market or make changes to their housing situation.

“I think just based on the pace of life and obviously pace of growth in the market, you'll certainly see more activity in 2023,” he said.

“I think the price stability we've found towards the end of 2022 will carry through to 2023. I think rental rates clearly will remain at an elevated pace. And I think if we see an increase in demand as people come back into the market, I think that could provide a favourable direction to price at some point in the market,” he added.

RBC Assistant Chief Economist Robert Hogue says many parts of the GTA are currently experiencing a buyer’s market with higher interest rates and stretched affordability. However, some experts are saying that the market will remain a balanced one heading into 2023.

RE/MAX Realtron Realty Broker Cameron Forbes says the interest rate hikes mixed with rising unemployment due to an economic slowdown will persist in 2023, further levelling out the market.

“For buyers, this includes having fewer competitors, reduced prices and an increase in choices in the market. Meanwhile, sellers will have a trade-up advantage, reduced competition of listings, a stronger ability to relocate to the suburbs, and have all of the advantages that buyers do, too,” he said in RE/MAX’s Canadian Real Estate Outlook.

Crigger agrees that there are more signs of stability in the marketplace that will carry on into the beginning of the new year.

So what does a balanced market mean for house prices next year?

Many economists and real estate firms believe price growth will continue to fall slightly in 2023. In fact, RE/MAX forecasts that the average price of a house in the GTA will experience a nearly 12 per cent year-over-year drop in 2023, a roughly $142,000 price difference from 2022. 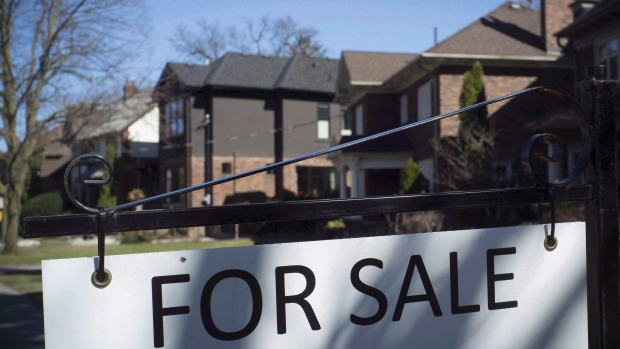 Meanwhile, Royal LePage is forecasting a more modest two per cent year-over-year decrease with the average price of a home in the fourth quarter of 2023 hitting $1,056,734.

“The city of Toronto and the surrounding regions have seen some of the steepest price declines in the country since interest rates began climbing earlier this year,” Karen Yolevski, Royal LePage chief operating officer said in the company’s 2023 home price forecast released this month. “We believe the bulk of the price correction in the GTA has already occurred and that a return to more normal trends is on the horizon.”

RBC acknowledges that a drop in prices is essential to further stabilize the GTA’s housing market.

“Prices have declined sequentially for nine consecutive months. Demand-supply conditions have eased considerably, taking away much of sellers’ bargaining power. We think a further rollback of earlier outsized price gains is in the cards. In fact, we see it necessary to stabilize the market,” Hogue wrote in RBC’s latest Housing Affordability report.

Yolevski added that sales are set to rise again by the middle of next year, assuming interest rates stabilize and consumer confidence is restored.

“I expect buyers who have been waiting for prices to level off will encounter increased competition when they re-enter the buying cycle, specifically in the more affordable condo segment, although not at the levels seen in 2021 and early 2022,” she said.

“A significant boost in inventory will be needed in the coming years to satisfy sidelined demand and an increasing number of newcomers,” she added.

A TIGHTER RENTAL MARKET TO COME

Although home prices are set to dip in 2023, the rental market is forecasted to become even tighter next year.

With demand for rental units at a record high in Canada, CIBC Managing Director and Deputy Chief Economist Benjamin Tal says prices are expected to worsen in 2023.

Tal noted in a report published earlier this month that a decline in condo presale activity and delays/cancellations of purpose-built projects due to higher costs will contribute to skyrocketing rental prices in the coming months.

Crigger agrees that the GTA’s rental market will remain at an elevated pace next year, primarily due to a shortage of supply.

“We've seen double-digit price growth in the rental space. And we think that can be contributed to a number of things. Definitely a lack of supply being one of them, but also a number of people taking this sort of wait and see approach and stepping back from what had originally been a planned purchase,” he said.