TTC board expected to approve bus and streetcar service improvements 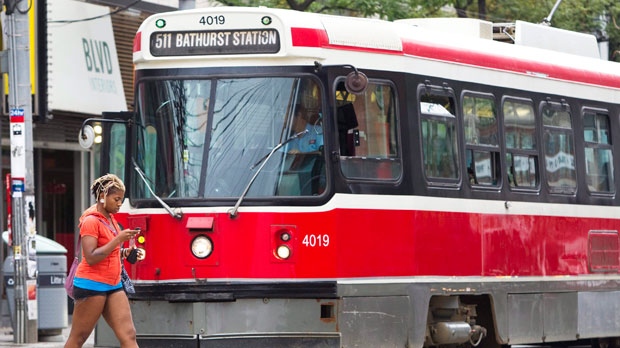 A pedestrian uses a mobile phone while walking in front of a streetcar in downtown Toronto Wednesday, Aug. 3, 2011. (The Canadian Press/Darren Calabrese)

Service improvements along 61 bus and streetcar routes are expected to be officially approved today as the TTC board meets at city hall.

The service improvements, which were announced by Mayor John Tory during a Sunday afternoon news conference, mostly amount to a restoration of services that were cut in 2011.

If approved, the improvements will allow the TTC to offer ‘all-day, every day service’ on 133 of its 144 regular routes.

“These service improvements are the type of sensible and caring investments expected by Toronto residents.” Tory said on Sunday. “We need a reliable transit system so people can get to work on time and get home faster to spend more time with their families.