Two people sought in connection with shooting near Spadina and Dundas 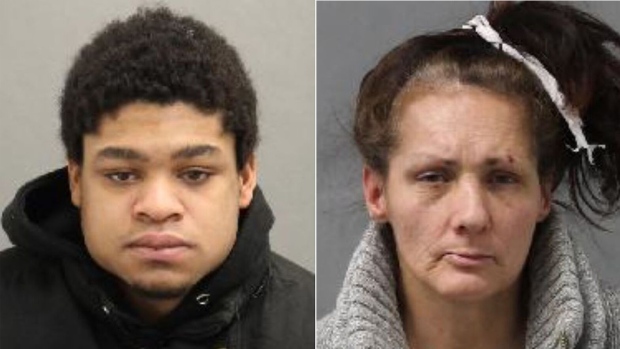 Police are searching for a man and a woman wanted in connection with last week's shooting near Spadina and Dundas. (handout)

Police are searching for a man and a woman wanted in connection with a shooting in downtown Toronto last week that left a man critically injured.

Emergency crews were called to an apartment building on Willison Square, near Spadina Avenue and Dundas Street West, at around 6:45 p.m. on July 3 for reports of shots fired.

Police said they located a man suffering from a gunshot wound. He was rushed to hospital in life-threatening condition.

The suspect fled the scene before police arrived.

Police said 21-year-old Michael Lauder, of Toronto, is wanted for attempted murder, aggravated assault, and unauthorized possession of a firearm.

Meanwhile, 47-year-old Karen Constantin, of Toronto is wanted for unauthorized possession of a firearm.

Police released their images on Thursday.

Both are considered armed and dangerous, police said.