Via Rail calling back employees as service resumes to normal schedule 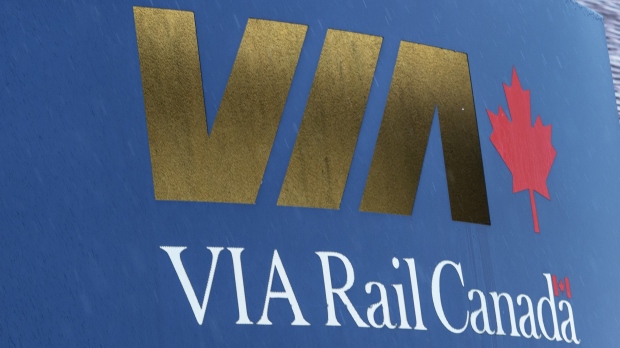 FILE - A Via Rail sign is seen at the Dorval station Tuesday, June 25, 2019 in Montreal. THE CANADIAN PRESS/Ryan Remiorz

MONTREAL - Via Rail Canada says most of the 1,000 employees affected by the suspension of service last month due to blockades will be called back to work as most normal service resumes on Saturday.

The Crown corporation says all services between Toronto and Montreal, along with Toronto and Ottawa will be offered, with the exception of trains 45 and 655, which will resume on Sunday.

Via Rail says the Canadian route resumed departures on Wednesday and is back to its full and normal schedule.

However, service on the Prince-Rupert-Prince-George-Jasper route remains suspended as Via works with CN Rail, which owns the rail line.

On Tuesday, CN Rail called back most of the 450 workers temporarily laid off last month, when blockades brought the company's eastern network to a near standstill.

This report by The Canadian Press was first published March 4, 2020.