Police say that the city’s latest homicide victim was waiting at a red light when a suspect pulled up alongside his vehicle on Wednesday morning and opened fire.

Kevin Boakye, 24, was behind the wheel of a Dodge Journey on Duncanwoods Drive and was waiting to turn left onto southbound Islington Avenue at around 11 a.m. when the suspect or suspects pulled alongside him in a newer-model silver or grey Hyundai Elantra, according to police.

At that point, it is believed, the gunman fired multiple shots through the passenger side of Boakye’s vehicle before turning right onto Islington Avenue and fleeing the scene at a high rate of speed.

Boakye then went through the red light and headed southbound on Islington Avenue before mounting the west sidewalk and travelling along it for about 90 metres. His vehicle then reentered the roadway and veered across all four lanes of traffic before crashing through a chain link fence and some bushes and coming to a stop on the yard of a home at the corner of Islington Avenue and Milady Road.

Police say that Boakye had sustained at least one gunshot wound and was likely already losing consciousness as he proceeded southbound on Islington Avenue. He was pronounced dead at the scene.

“It is quite remarkable that there were not other injuries as the vehicle was moving southbound on Islington Avenue. At one point it spent a considerable amount of time basically on the west sidewalk of Islington travelling southbound,” Det. Sgt. Gary Giroux told reporters at a news conference on Thursday afternoon.

Giroux said that police believe the suspect or suspects were looking for Boakye and may have received information that he was in the area, though Giroux refused to speculate on a possible motive.

He said that police have already interviewed numerous witnesses but are particularly interested in speaking with the driver of a vehicle that was idling behind Boakye’s vehicle at the red light on Duncanwoods Drive.

He said that driver would have been “within a few feet” of Boakye’s vehicle when the shooting took place.

“I am making the traditional appeal with regards to witnesses but I am most specifically talking about the individual who was parked in a passenger vehicle directly behind the deceased on Duncanwoods Drive when the suspects pulled up,” he said. “I am sure it was very frightening for him to experience but at this point we need his assistance. He could provide us a tremendous amount of investigative narrative with regards to the shooting itself, the number of occupants of the vehicle and possibly even a vehicle plate.”

Few details are known about Boakye at this point. Giroux said that while he was known to police, he does not have any known gang connections.

The detective said that Boakye also had two young children.

“He has a very large extended family and friends and many of them came to the division last night to assist in any way they could,” he said.

Wednesday’s homicide is the 59th to take place in Toronto so far this year. There were a total of 61 homicides in all of 2017.

Kevin Boakye, 24, is shown in this handout photo. Boakye was fatally shot in the city's Humber Summit neighbourhood on Wednesday. 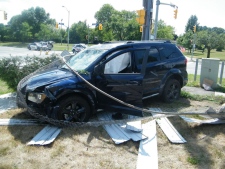 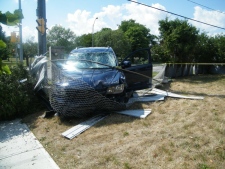 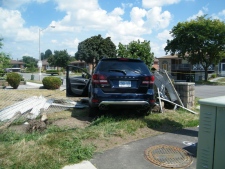