Who is the Ontario Greens leader? A Q&A with Mike Schreiner

Mike Schreiner’s love of nature was fostered on a grain farm in rural Kansas where he spent his childhood. He says the time spent in rural America instilled his desire to protect land and water.

After moving to Ontario in the 1990s, Schreiner started a local organic food business, before becoming involved with the provincial Green Party and eventually becoming the party's leader in 2009.

In 2018, Schreiner made Ontario history by securing the first seat for the provincial Greens in his riding of Guelph. At the time, he vowed to hold incoming Premier Doug Ford to account on environmental issues.

Now, Schreiner says he is fighting to correct what he calls a failure to adequately address the climate crisis.

With the Ontario election officially underway, Schreiner's been campaigning the province in his electric vehicle. The Greens’ recently-released platform is focused around three main issues: climate change, affordability and mental health.

Taking a break from the campaign trail, Schreiner sat down with CTV News Toronto to talk about his priorities, the future of the Ontario Greens, and his go-to caffeinated beverage.

This is what the party leader had to say.

Q: What is your number one issue on the campaign trail?

I'm really proud that the Ontario Greens have put forward a housing affordability strategy many have called a masterclass plan in delivering the solutions that people need.

[We] also address people's other affordability concerns – rising food and fuel prices, making sure we build communities that don't force people to commute long distances, which is very expensive, and also helping people to electrify their transportation." 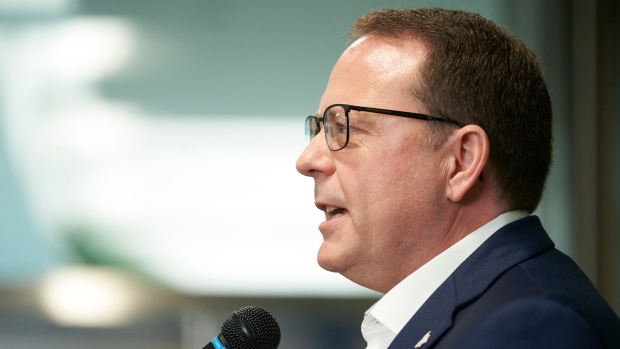 Q: In the last year, the Green Party Of Canada has hit a number of roadbumps. Conversely, the provincial greens secured their first seat in the last election. How do you intend to position the Ontario Greens, strengthen the brand and move the vision forward?

"I think most commentators would say the Ontario Greens have punched well above our weight at Queen's Park and have been really the most effective opposition party. We want to leverage that into additional seats.

We're going into this campaign having record fundraising and a strong diverse slate of candidates in every riding across the province.

Q: The pandemic has seemed to throw a wrench in the momentum of the climate movement, quite literally by banning large gatherings but also by taking up space in people's minds as a primary issue -- what needs to happen in Ontario to revitalize the climate movement?

"First of all, it's obvious people needed to focus on the immediate health crisis that we're facing. In the same way we need to follow evidence-based data to address the pandemic, we need to do the same thing with the climate crisis.”

In a world where sometimes there isn't a lot of hopeful news – look at recent heat deaths, the flooding, the extreme weather events – the hopeful news, for me, is that Ontario is well-positioned to be a global leader in the new climate economy, creating new careers and better job opportunities for people that enable us to crush climate pollution, while at the same time building a prosperous economy.

Living in a clean community with less pollution, where you don't have to commute such long distances, that's just a better quality of life, so we can address the climate crisis, improve people's quality of life, address their affordability concerns, and make sure Ontario has a strong economy – if we have the political policies and the vision in place to be a global leader in the new climate economy."

Q: How will your party, and you as Premier, lead us out of the pandemic if elected?

"We need a government that's going to show leadership – that's going to follow the science, respect the data, work with the public health experts, and clearly communicate to the people of Ontario what our goals and objectives are and what needs to be done to keep people safe.

The current Ford government has turned a blind eye to COVID-19 recently, which really fits their pattern throughout this pandemic. They've been responding and reacting to the crisis, rather than getting out ahead of it, which I think would have led to less lockdowns and less disruptions in our lives."

At the end of the day, I don't want to see our schools or economy shut down again. [The Greens are] making sure we utilize the tools we have to prevent that from happening again, so we can ensure we're protecting people's lives and livelihoods."

Q: Why should voters choose the Green Party on non-climate issues over the NDP or Liberals?

"The Ontario Greens are about putting people before politics and approaching politics differently.

One of the ways we do that is collaborating across party lines. When it comes to addressing the housing affordability crisis, and the mental health challenges people are facing, having evidence-based policies, driven by best practice, and being honest with people about how we're going to pay for it are the kinds of solutions that people need to solve old problems.

The three old, blind parties have really failed to adequately address [those issues] and we're going to be very honest with people about how we would provide the solutions they need and how we would pay for it."

Q: As the leader of a party that centres environmentalism, how do you deal with climate-change induced anxiety?

I sometimes feel incredibly frustrated at Queen's Park – partly because the current government has done so much to dismantle vital climate action plans and environmental protections. Sometimes, I'm the only person in the legislature talking about it and continually raising the issue

But, when I have conversations, especially with young people, they give me strength and energy and inspiration to keep pushing for a better future and to know that my voice makes a big difference.

You know, I couldn't live with myself if I didn't do everything I could to ensure that we were in a position to do our fair share in addressing the climate crisis and ensuring that my daughter – and everyone across this province – has a hopeful, liveable future. 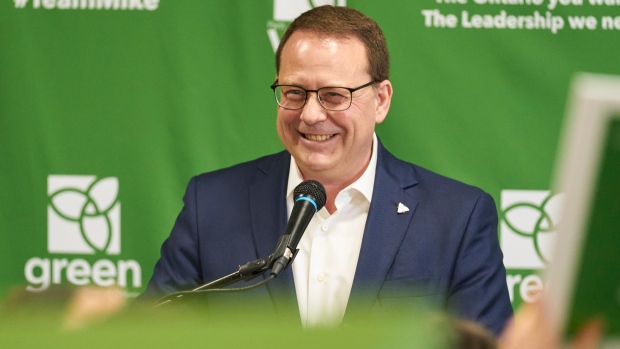 WHO IS MIKE SCHREINER?

Q: Why’d you run for office?

Q: Name one thing you love about your riding?

"Walking along the Speed River."

Q: What was your pandemic pastime?

"Going for hikes through the Guelph trails with my family."

Q: What was the last book you read or movie/TV show you’ve binged?

Q: What’s your go-to caffeinated beverage or must-have snack on the campaign trail?

Q: In one sentence - why should people vote Green?

"Because we're going to deliver real solutions to the major challenges people confront in our province."