Russell, a 35-year-old husband and father, died in the line of duty in January when he was struck by a stolen snowplow.

He was an 11-year veteran of the police service.

"The last time that we gathered was a very sad and tragic day for all the citizens of Toronto, but today we gather to celebrate a life of service and to remember the sacrafice of one very brave Toronto cop who served this community," Blair said.

Christine Russell attended Friday's ceremony and told CP24 afterwards that her husband would have been humbled by the honour.

"I think he might be a little humbled and maybe embarassed, but very proud indeed," she said.

The motion to rename Dupont Parkette was first proposed by Vaughan.

Richard Kachkar is charged with first-degree murder in Russell's death. 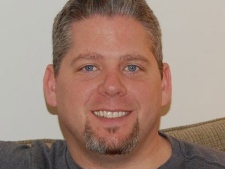