Celtics' Kyrie Irving to rest against Cavs, his former team 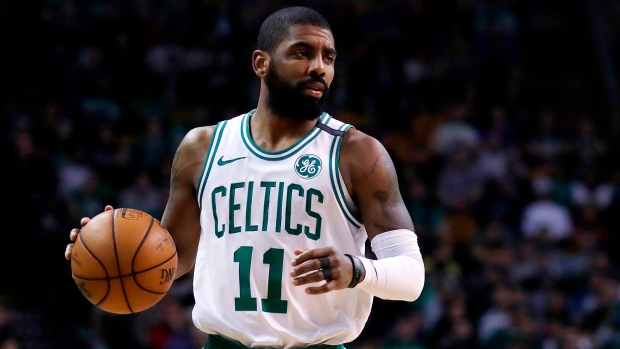 Irving is averaging 23.8 points and the Celtics want to keep him as fresh as possible going into the post-season.

The Celtics have lost four straight and are fifth in the Eastern Conference entering Tuesday night's game in Cleveland.

Irving played his first six seasons with Cleveland. The six-time All-Star demanded a trade following the 2016-17 season and was dealt to Boston. He hasn't played in Cleveland since the 2017-18 opener.