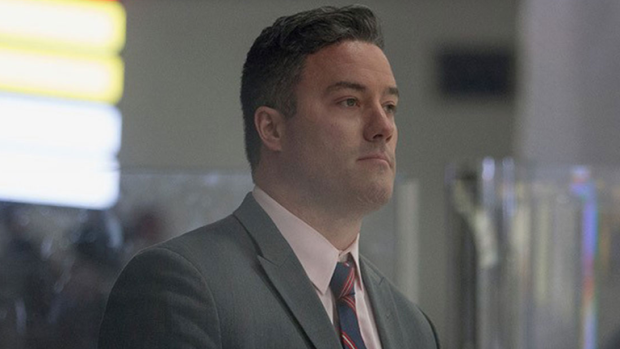 The Maple Leafs announced on Sunday that Greg Moore has been hired as head coach of the Toronto Marlies.

He replaces Sheldon Keefe, who was promoted to the NHL on Nov. 20 when Toronto fired Mike Babcock.

The 35-year-old Moore has spent the last two seasons as head coach of the United States Hockey League's Chicago Steel.

Moore also served as a guest coach at the Leafs' 2019 development camp.

Greg Moore has been named head coach of the @TorontoMarlies (AHL).

Toronto general manager Kyle Dubas says the club evaluated all options before deciding on Moore, who compiled a record of 52-25-5 in 82 games behind the bench with Chicago.

“After a detailed review, it was clear to us that Greg Moore was the best fit to become the head coach of the Marlies,” Dubas said in a statement.

“Greg's record in development and winning with the U.S.A. Hockey National Team Development Program and the USHL's Chicago Steel to begin his coaching career made us take great notice of him as a candidate. More importantly, it became clear in speaking with his employers at USA Hockey and the Chicago Steel that Greg was the best fit for our program in terms of development philosophy.”

The Lisbon, Maine, native played 10 NHL games and 377 AHL games after being selected in the fifth round, 143rd overall, of the 2003 NHL Draft by the Calgary Flames.

Moore played four seasons for the University of Maine, capturing a Hockey East title in 2003-04.