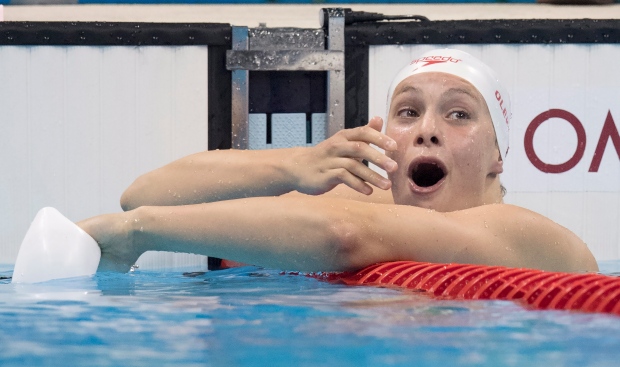 The 16-year-old from Toronto won four medals in Rio, including Canada's first gold.

She will lead a Canadian contingent that appears is on pace to surpass its goal in Rio of finishing in the top 12 in the overall medal count.

Heading into Sunday, Canada had 22 medals _ four better than the 18 won in London four years ago _ and was 10th in the medal standings.

Oleksiak seemingly came out of nowhere to lead Canada's swim team to six medals in Rio.

She started the haul by leading Canada to bronze in the 4x100 freestyle relay on the first Saturday of competition, then rocketed to silver in the 100 butterfly the following night. There was another relay bronze before she surged to gold in the 100 freestyle on the penultimate day of the swim meet.