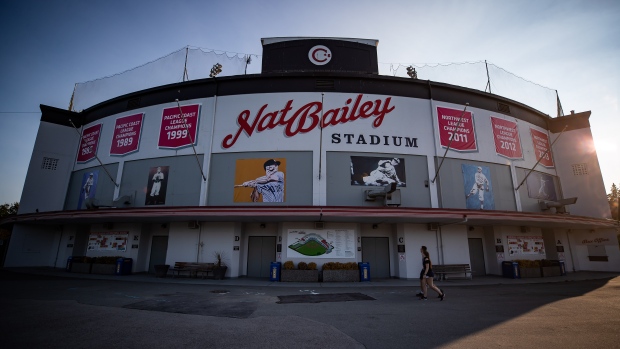 Major League Baseball is contracting the number of guaranteed minor-league affiliations from 160 to 120 next year, leaving teams with four affiliates.

The Bisons and the Fisher Cats have been affiliated with the Blue Jays since 2013 and 2004, respectively. Toronto played its games last season at Buffalo's Sahlen Field after being unable to play at Rogers Centre due to federal COVID-19 restrictions.

The Dunedin Blue Jays play in Toronto's U.S. base of operations in Dunedin, Fla.

The class-A Lansing Lugnuts, who have been affiliated with the Blue Jays since 2005, were not extended an invitation.

The Bluefield Blue Jays, who had been affiliated with the Jays as an advanced rookie team since 2011, ceased operations when the Appalachian League was reorganized as a collegiate summer baseball league.

This report by The Canadian Press was first published Dec. 9, 2020.