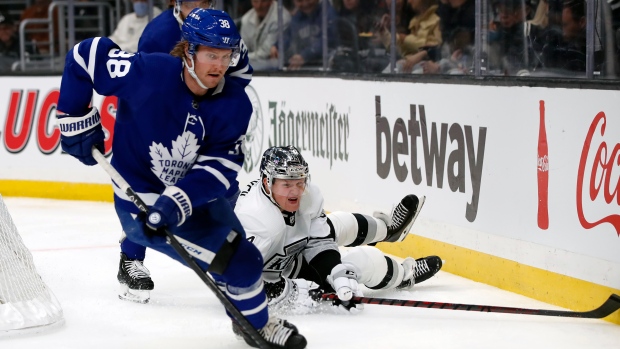 Marner hasn't played since colliding with teammate Jake Muzzin at practice on Friday.

Sandin was injured after a knee-on-knee hit in a 6-3 loss to Winnipeg on Sunday. Jets defenceman Neal Pionk was suspended two games for the hit.

The Maple Leafs did not provide specifics on injury details or expected absence length in their morning Twitter post. Toronto was scheduled to host the Columbus Blue Jackets on Tuesday night.