Tavares will miss at least two weeks with broken finger 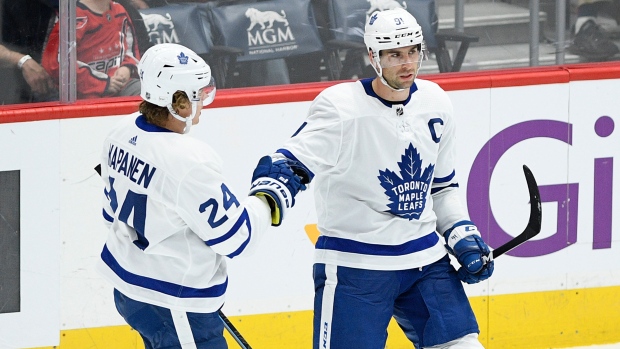 Toronto Maple Leafs captain John Tavares will be out at least two weeks with a broken finger.

The Leafs centre suffered the injury late in Wednesday night's loss against the Washington Capitals.

Tavares, 29, has three goals and four assists in eight games this season.

The native of Oakville, Ont., had 47 goals and 41 assists for 88 points in his first season with the Leafs last year.

Tavares was named captain of the Leafs at this year's season opener. He signed a seven-year, US$77-million deal with the Leafs last July, leaving the New York Islanders in free agency.

The Leafs were off Thursday following back-to-back games. They return to practice Friday to prepare for a visit from the Boston Bruins.