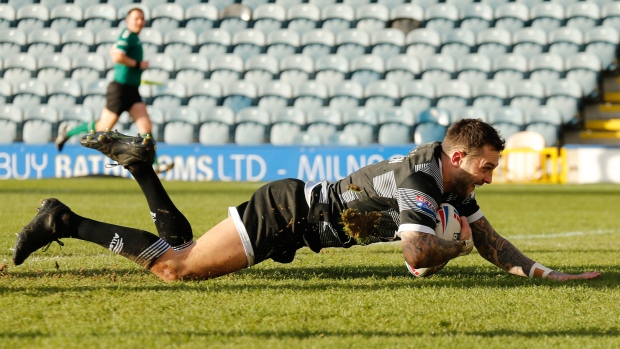 Andrew Dixon, Matty Russell and Andy Ackers also scored tries for Toronto, which led 28-12 at the half.

The Wolfpack visit Featherstone Rovers on Monday before flying to Toronto for their home opener April 28 against Swinton Lions at Lamport Stadium.

"Barrow didn't stop coming at us," said O'Brien. "We're probably a bit disappointed to leak 26 points but we've got the job done and we'll look forward to Monday now."