3 Americans killed in Australia all had military backgrounds 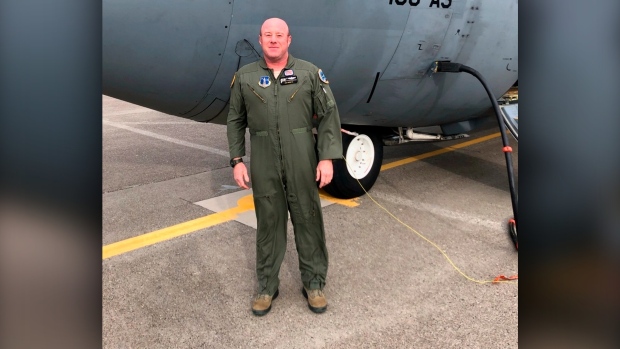 DENVER - Growing up in a small rural community on Colorado's plains, Ian McBeth went to work as a ranch hand in neighbouring Nebraska at 14 and was a standout athlete in football, wrestling and track.

Initially stymied in his dream of becoming a pilot because of his vision, McBeth, one of three Americans killed fighting wildfires in Australia on Thursday, first served as a jack of all trades building landing strips for C-130 Hercules planes and later as a navigator, including in Iraq.

At 28, a year before he would lose eligibility to become a pilot, he applied again and was accepted.

“He was determined, tenacious and tough. Probably the most all-around capable and competent person I ever knew,” Bill McBeth of Wray, Colorado said of his son, a husband and father of three who lived in Great Falls, Montana.

McBeth was killed Thursday along with First Officer Paul Clyde Hudson of Buckeye, Arizona, and Flight Engineer Rick A. DeMorgan Jr., 43, of Navarre, Florida, when their C-130 Hercules tanker crashed while fighting wildfires in Australia, their employer, Canada-based Coulson Aviation, said in a statement.

All three men had strong military backgrounds. McBeth served in the Wyoming Air National Guard while a student at the University of Wyoming and later joined the Air National Guard in Montana, where flags were ordered lowered in his honour on Saturday.

Hudson graduated from the U.S. Naval Academy in 1999 and spent the following 20 years serving in the U.S. Marine Corps, including as a C-130 pilot, Coulson Aviation said. Hudson, who retired as a lieutenant colonel, earned master's degrees in business administration and information technology management from the Naval Postgraduate School. He is survived by his wife, Noreen.

Arizona Gov. Doug Ducey noted Hudson's lengthy military service in ordering the lowering of flags on all public buildings in his honour on Friday. “Then, when duty called again, First Officer Hudson didn't hesitate, putting his life on the line to help others battling wildfires in Australia,” Ducey said.

DeMorgan served in the U.S. Air Force for 24 years and had over 4,000 hours experience as a flight engineer, with nearly half of those earned in combat situations. He is survived by this two children, Lucas and Logan; his parents, Rick Sr. and Linda; and a sister, Virginia DeMorgan.

Virginia DeMorgan said her brother's passions were his children and flying. “He loved flying from the time he was a kid,” she said.

McBeth hoped all three of his children, Abigail, 17, Calvin, 13 and Ella, 11, would learn how to fly, Bill McBeth said. Abigail is working on getting her pilot's license and sometimes flew with her father, he said.

The plane the three men were in had just dropped liquid to suppress the flames when it crashed, investigators said Friday.

The deaths came during an unprecedented wildfire season that has left a large swath of destruction in Australia's southeast. More than 30 people have died, including three Australian volunteer firefighters.

Investigators went to where the C-130 Hercules tanker crashed in the Snowy Monaro region of the state of New South Wales, and a team was working to recover the Americans' bodies, Australian Transport Safety Bureau Chief Commissioner Greg Hood told reporters.

He said it would be difficult to secure evidence and the remains because the wildfire is still burning and the team faces potential hazards such as aviation fuel.

“So, if there are lessons to be learned from this particular accident, it's really important that not only Australia learns these, but the world learns them,” he said.

The three U.S. deaths brings the toll from the blazes to at least 31 since September. The fires also have destroyed more than 2,600 homes and burned more than 104,000 square kilometres (40,000 square miles), an area bigger than the U.S. state of Indiana.

Coulson grounded other firefighting aircraft as a precaution pending an investigation, reducing planes available to firefighters in New South Wales and neighbouring Victoria state. The four-propeller Hercules drops more than 15,000 litres (4,000 gallons) of fire retardant in a single pass.