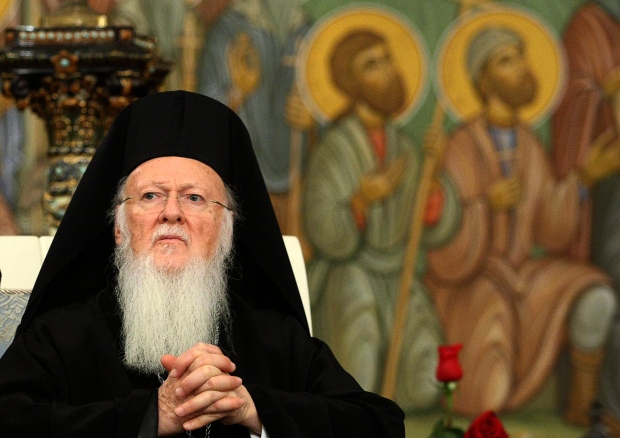 ANKARA, Turkey -- Bartholomew I, the spiritual leader of the world's Orthodox Christians, will attend Pope Francis' installation Mass -- the first time a patriarch from the Istanbul-based church has attended a papal investiture since the two branches of Christianity split nearly 1,000 years ago.

Bartholomew said he is doing that to underscore the importance of "friendly ties" between the churches and expectations that the new pontiff will advance rapprochement efforts that began decades ago.

It's a sentiment that many leaders of other faiths are expressing ahead of Tuesday's installation, which is drawing dozens of Jewish, Orthodox and other Christian leaders to Rome for the start of a pontificate that is poised to deepen the Vatican's ecumenical and interfaith efforts given Francis' namesake and own history.

Those who knew Jorge Mario Bergoglio as leader of Argentina's Catholic Church say promoting interfaith dialogue was at the heart of his view of the what the Catholic faith should be about -- an outward-reaching, bottom-up effort to improve lives, no matter what people's faith.

"He's the one who opened the cathedral of Buenos Aires for interfaith ceremonies, like when we prayed for peace. He's not one of those who waits for you to call them to participate in these events -- he promotes them," Buenos Aires Rabbi Alejandro Avruj told The Associated Press on Monday.

Bergoglio brought Jewish, evangelical Christian, Greek Orthodox and Muslim leaders into the Metropolitan Cathedral to pray for peace in the Middle East. Last November, he welcomed Jews for a joint service on the 74th anniversary of Kristallnacht, the night in 1938 when nearly 200 synagogues were destroyed, Jewish shops were looted and tens of thousands of Jews were sent to be exterminated in Adolf Hitler's Germany.

He also sponsored interfaith prayers after Pope Benedict XVI offended Muslims in 2006 by quoting a Byzantine emperor as saying some of the Prophet Muhammad's teachings were "evil and inhuman." Rather than criticize Benedict directly, Bergoglio let a lower-ranking priest lead that service and did not himself participate.

Bergoglio also shared happier moments -- such as lighting the first candle in a Jewish Hanukkah ceremony in December, his latest interfaith act.

"He spoke of light as renovation, of the re-inauguration of the temple of Jerusalem 2,200 years ago, and the need to carry light to the world," Avruj said. "He's got a very deep capacity for dialogue with other religions."

Bergoglio's ecumenical outreach will surely be boosted by the presence of Bartholomew, who met with his two predecessors on several occasions but didn't attend their installation.

The Russian Orthodox Church's Patriarch Kirill is staying home in Moscow and sending his envoy instead. That church's spokesman, Metropolitan Hilarion, said any possible meeting between Francis and the Russian patriarch "will depend on how quickly" they can settle lingering disputes over properties following the collapse of the Soviet Union and Moscow's objections to what it sees as Catholic efforts to gain followers in traditional Orthodox lands.

Bartholomew, however, said he's attending the installation Mass to underscore the importance of building on closer ties that began decades ago, and because he has hopes for the modest pope from Argentina.

"It is a gesture to underline relations which have been developing over the recent years and to express my wish that our friendly ties flourish even more during this new era," Bartholomew told private NTV television in Istanbul before his departure. "I am very hopeful in this matter."

In a sign of common bonds between East and West, the Vatican said the Gospel during the installation Mass at St. Peter's Square will be chanted in Greek instead of Latin, the language used for many other elements of the ceremony.

The Eastern and Western churches were united until the Great Schism of 1054, a divide precipitated largely by disagreements over the primacy of the pope. Francis' predecessor, the now retired Benedict, made a priority of uniting all Christians, and a joint committee has worked to mend the rift.

Rev. Dositheos Anagnostopoulos, the spokesman for the Istanbul-based Patriarchate, said Bartholomew would be the first Orthodox spiritual leader to attend an investiture since the Schism. The decision was "the fruit" of the growing dialogue between the Roman Catholic and Orthodox churches, he said.

Bartholomew went further: "Even before the churches were divided in 1054, a patriarch from Istanbul did not attend the inauguration," he explained. But he said Francis is bringing out the best in people. "From the first day, he has won over hearts with his modest demeanour," the patriarch said. "I felt the wish to go and I am going willingly."

Bartholomew attended the Vatican funeral of Pope John Paul II in 2005, and hosted Benedict during a 2006 visit to Istanbul, the sprawling city formerly called Constantinople and the ancient spiritual centre of the Orthodox churches.

Francis is familiar with Orthodox traditions from 14 years of heading the Argentine church's commission on Eastern Rite Christians, which is within the Catholic fold but follows Orthodox religious customs, including some married clergy in lower ranks.

The powerful Russian Orthodox Church, the largest of the more than dozen Orthodox churches,also welcomed the election of Francis, as a pope "known for his conservative views."

"His papacy will evidently be marked by the strengthening of faith. The fact that he has taken the name of Francis -- reminiscent of St. Francis of Assisi -- confirms his understanding of evangelization primarily as assistance for the poor and the deprived, as protection of their dignity," Dimitry Sizonenko, secretary for inter-Christian relations in the Russian church, told the Interfax-Religion news service.

For Orthodox, the new pope's choice of Francis is also important for its reference to the Italian town of Assisi, where Pope John Paul II began conferences encouraging interfaith dialogue and closer bonds among Christians.

Jewish representatives attending Tuesday's Mass include Rome's chief rabbi, the general secretary of the chief Rabbinate of Israel, and representatives from the American Jewish Committee, the World Jewish Congress and the Anti-Defamation League.

Muslim, Buddhist, Sikh and Jains also will attend, the Vatican said, though none appeared on the official list released Monday.

Some mostly Muslim countries were sending delegations, including Bahrain, Lebanon and Jordan, whose King Abdullah II congratulated Francis on his election, saying he's committed to dialogue with the Holy See.

Although Catholics and Orthodox remain estranged on key issues -- including married clergy and the centralized power of the Vatican -- there have been significant moves toward closer interactions and understanding.

The first major breakthrough came in 1964, when Pope Paul VI met in Jerusalem with Patriarch Athenagoras, the first encounter between a pope and Orthodox patriarch in more than 500 years. Mutual excommunication edicts were dropped, and a Catholic-Orthodox Joint Declaration of 1965 called for greater harmony.

An apostolic letter by John Paul II in 1995 encouraged unity between the two branches of Christianity and opened the way for a historic visit to Rome by Bartholomew I, the "first among equals" of the Orthodox patriarchs. Catholic-Orthodox conferences followed.

And during the first papal trip to Greece in 2001, John Paul II apologized for the ravages of the Fourth Crusade, which in the early 13th century sacked Constantinople, now Istanbul, the seat of the Eastern church. In 2006, Benedict XVI was hosted by the ecumenical patriarchate in Istanbul in a visit that brought protests from some arch-conservative Orthodox but generally opened room for closer contacts.

Francis plans to meet with leaders of other religious denominations, including Bartholomew, on Wednesday.