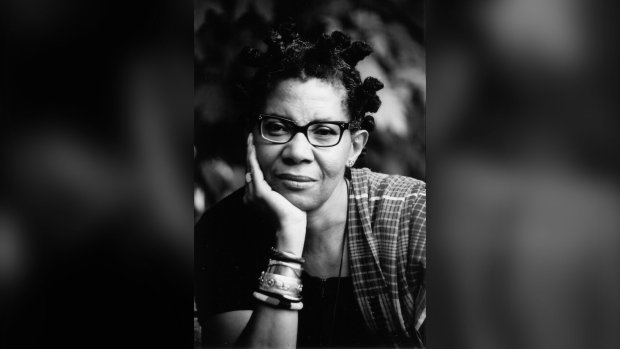 Canadian poet and fiction writer M. NourbeSe Philip poses in this undated handout photo. Philip is among those being honoured next month by PEN America, the literary and human rights organization. THE CANADIAN PRESS/HO, M. NourbeSe Philip

NEW YORK - Canadian poet and fiction writer M. NourbeSe Philip and British playwright Tom Stoppard are among those being honoured next month by PEN America, the literary and human rights organization.

PEN announced Wednesday that Toronto-based Philip, whose books include the poetry collections “Thorns” and “Salmon Courage” and the novel “Looking for Livingstone,” has won the $50,000 PEN/Nabokov Award for international literature.

Others given the Nabokov award include Edna O'Brien and Philip Roth.

Stoppard will receive the $25,000 PEN/Mike Nichols Writing for Performance Award for “Leopoldstadt,” a new work set in the Jewish quarter of early 20th century Vienna that the 82-year-old Stoppard has said may be his last play. The Nichols prize, established last year and named for the late film and stage director, was previously given to the playwright-filmmaker Kenneth Lonergan.

PEN will present the awards March 2 at Town Hall in Manhattan, with Seth Meyers serving as host.

Others receiving prizes will be “The Call” playwright Tanya Barfield, who will be given the PEN/Laura Pels International Foundation for Theater Award, and Rigoberto Gonzalez, winner of the PEN/Voelcker Award for Poetry. Gonzalez's poetry books include “Other Fugitives and Other Strangers” and “Black Blossoms.”